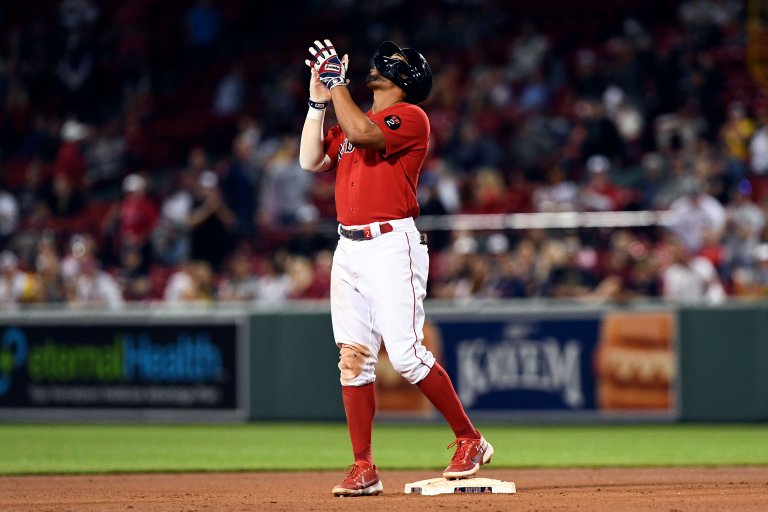 The Oakland A’s and Boston Red Sox face off at Fenway Park on Thursday, June 16th
Mark Kotsay’s club has one of the worst records in the big leagues, while Alex Cora’s group has battled it way into relevance
Read below for the A’s vs Red Sox odds and betting preview

The Oakland A’s (21-43) face the Boston Red Sox (34-29) on Thursday at Fenway Park. The series finale has a scheduled first pitch of 1:35pm ET. The A’s will send Paul Blackburn to the bump, while the Sox counter with Rich Hill.

The Red Sox are big favorites in this one, but still have +4000 odds to win the ultra-competitive AL East.

Meantime, the A’s have even longer +50000 odds to win the AL West. Oakland is projected to win 71.5 games, while Cora’s squad is expected to win 85.5 games in the MLB win totals.

The 28-year-old Blackburn has been one of the lone bright spots in 2022 for an Oakland team  that is seemingly in a zombie state while it awaits the fate of its Howard Terminal ballpark deal. The A’s have gone 8-4 in his starts — more than a third of their total wins on the season. Only three of his outings have been quality turns — but one of them was a masterpiece.

Blackburn scattered four hits over eight shutout innings, walking only one batter and striking out three in an eventual 3-2 loss to the Guardians last Friday. He’s allowed more than two earned runs in only three of his 12 outings this season — surrendering a combined 11 otherwise.

As for Blackburn’s counterpart on Thursday, Boston is 6-5 in Hill’s starts in 2022. Only two have been of the quality vintage. The 42-yeaer-old veteran went 4.1 innings against Seattle last Friday in an eventual 4-3 Red Sox victory. He allowed five hits, two earned runs and two walks while striking out six.

Oakland has arguably been the worst team in baseball over the last four weeks, dropping 16 of their last 18 games (which includes a 10-game losing skid). The offense has been virtually non-existent in June, with Kotsay’s club managing only 33 total runs in 12 games (and that includes a 10-5 win over Cleveland — which is the only victory of the month).

Oakland is the 29th ranked offense in baseball. Guardians pitchers not holding up their end of the bargain.

The shortstop has also had help against Oakland. Alex Verdugo, Trevor Story and Jackie Bradley Jr all had multiple-hit games in a 10-1 win over the A’s on Wednesday and offense has been humming along.

The Red Sox currently have +4000 odds to win the Fall Classic, while the A’s are at +100000 longshots in the World Series odds.

Blackburn presents a challenging foe for the home team in this spot. But Boston has dominated this series of late, winning eight of its last 10 with no signs of slowing down.

Oakland’s starter is clearly the ace of the staff. But does he have enough to shut down Boston’s suddenly potent offense? I say no in this spot.