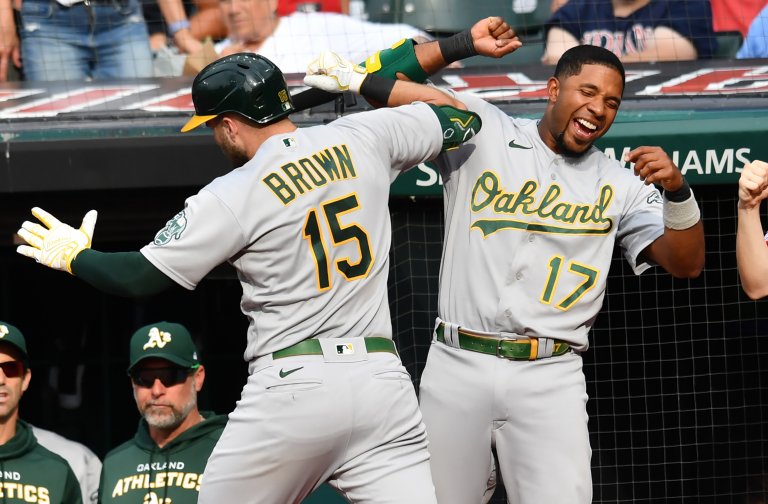 The Athletics and Guardians finish up a four-game set on Sunday morning
It’s Cole Irvin vs Cal Quantrill on the mound
the Athletics vs Guardians odds, preview, and picks can be found below

The lowly Oakland Athletics and Cleveland Guardians will meet on Sunday morning at 11:35 AM ET for the finale of a four-game series at Progressive Field. This will be the eighth contest of the season between these two teams so far.

The A’s send Cole Irvin to the bump, while the Guardians turn to Cal Quantrill.

Odds as of June 10th at Caesars Sportsbook

The Guardians are a clear -160 favorite here with Quantrill starting.

The A’s have been atrocious this season after essentially cleaning house in the winter. However, Irvin is actually proving to be one of their few bright spots. The 28-year-old owns an impressive 3.00 ERA through nine starts while going 2-2. He’s also shown solid command, walking only 12 hitters in 51.0 innings of work.

Last time out, the former Oregon standout tossed seven frames against the Braves, surrendering just two earned runs, which both came via the home run. Irvin hasn’t allowed more than two runs in a single outing since his first start of the season.

Also, Irvin already faced the Guardians in April and absolutely diced, tossing six innings of one-run baseball. His only other appearance against Cleveland was in relief where Irvin fared well, too.

Quantrill meanwhile is also enjoying a respectable campaign for the Guardians. The Canadian is 3-3 with a 3.56 ERA through 10 starts, posting a 1.20 WHIP. He does tend to keep his defense relatively busy but Quantrill has struggled with his control at certain moments. He’s given up 20 free passes in 60.2 innings while striking out a mere 36. However, the righty has pitched at least six innings in eight-straight outings. Even if Quantrill gets into trouble, he tends to work his way out of it.

Despite giving up two solo home runs in the 7th inning of his quality start, Cal Quantrill doesn’t regret his aggressive approach with a four-run lead.#ForTheLand pic.twitter.com/IJEcMlb7mv

The ex-Stanford ace tossed seven frames of three-run baseball on June 7th against the Rangers, allowing two long balls. He did manage to secure the win, though. In two appearances vs. Oakland, Quantrill boasts a 2.45 ERA.

Oakland was looking at their 11th loss in a row on Saturday until a big seventh inning broke things open. A Josh Naylor error allowed a run to score, then Seth Brown came up and smacked a grand slam to cap off a five-run frame.

Seth Brown clears the bases and gives the A’s the lead!!! pic.twitter.com/l53vhayiuO

While the victory will certainly make the Athletics feel better, they’ve struggled immensely versus the Guardians. Coming into Sunday’s finale, Oakland has dropped five of their last six against Cleveland. On the year, the A’s are now 21-40, which is one of the worst records in baseball.

Aside from blowing a three-run lead on Saturday, the Guardians are playing well. They’re also relying heavily on Jose Ramirez, who’s top-five in the AL MVP odds. Terry Francona’s squad has won four of their previous six contests and already captured the first two games of this series. The loss in Game 3 was very unlike Cleveland though as their usually reliable bullpen collapsed.

After Zach Plesac exited, the Guardians’ relievers proceeded to give up four homers to the Athletics. That being said, Cleveland does play much better at home, going 15-10 as opposed to 13-17 on the road. That’s a good sign ahead of Sunday’s matchup.

Although Quantrill tends to pitch well against Oakland, I have to ride the visitors here. They were absolutely raking on Saturday and proceeded to go deep four times. Hitting is contagious and the A’s got a taste of winning again. Plus, Irvin is also one of their better arms. Take the underdog.