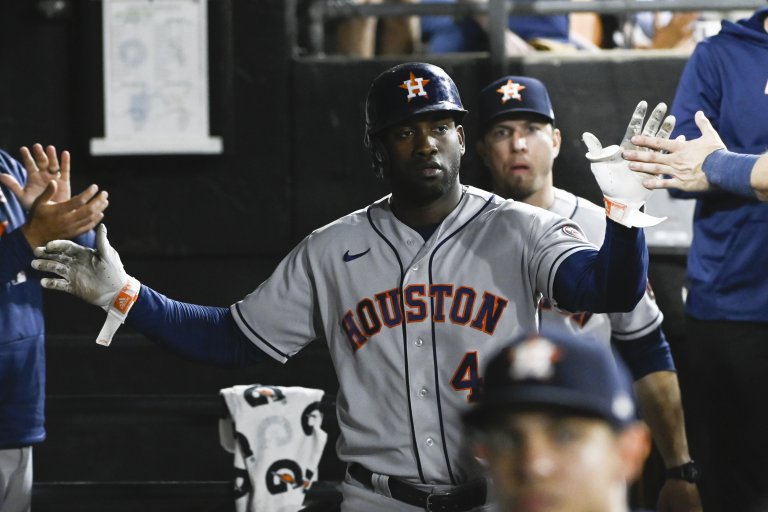 The Astros are -130 road favorites over the White Sox on Thursday
Luis Garcia (9-8, 4.03) will pitch for Houston against Lucas Giolito (9-6, 4.92)
A look at the Astros vs White Sox odds and matchup can be found below with a prediction

The Houston Astros will try to salvage a split of a four-game series when they play the host Chicago White Sox at 2:10 p.m. ET Thursday at Guaranteed Rate Field.

The Astros lead the American League West by 10 games over the Seattle Mariners. The White Sox are in third place in the AL Central, two games behind the division-leading Cleveland Guardians.

Odds as of August 17th at Caesars Sportsbook.

The weather forecast for mostly sunny and a high of 78 degrees. The wind will be from the east at 5 mph with occasional gusts up to 10 mph.

His unique delivery can confound the umpires.

The umpires call a bases loaded balk on Luis Garcia’s unique motion and he doesn’t agree with it pic.twitter.com/chfGuWJMh1

Garcia has no decisions in two career starts against the White Sox with a 5.59 ERA. His lone appearance at Guaranteed Rate Field was ugly as he gave up five runs in 2.2 innings of a no-decision in an American League Division Series game last year.

Giolito has won all three August starts and has a 3.71 ERA for the month. Last Saturday against the Detroit Tigers at home, Giolito allowed four runs on eight hits in seven innings with striking out seven and walking one.

Giolito is 2-4 in his career against the Astros in seven starts with a 5.40 ERA.

He was quite the hitter as a kid.

The Astros placed infielder/outfielder Aledmys Diaz on the injured list before the game with a strained left groin. Infielder J.J. Matijevic was recalled from Triple-A Sugar Land.

Jose Abreu had two hits for the White Sox and was the only player on either side with multiple hits.

Leury Garcia, who has been filling in at shortstop for the White Sox with Tim Anderson out, was placed on the injured list prior to the game with a lower-back strain. Infielder Romy Gonzalez was recalled from Triple-A Charlotte, but rookie Lenyn Sosa is likely to get most of the playing time at shortstop.

White Sox center fielder Luis Robert is expected to be out of the starting lineup for a sixth straight game Thursday after he had an injection in his sprained left wrist Wednesday. Robert did pinch run in Wednesday’s loss.

Luis Robert getting hurt is going to get people saying that he is soft or made of glass but it was the result of a dirty play that should not be allowed.

The Astros have won three of five meetings with the White Sox this year and are 22-9 against them since 2018.

The talented Giolito seems to finally be getting his season on track in the middle of the pennant race and we’ll go with him to win again as a small underdog.