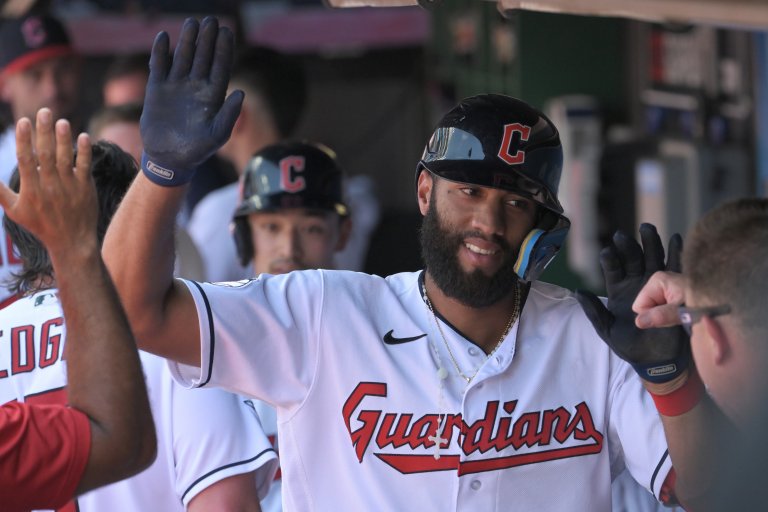 The Astros are -140 road favorites over the Guardians on Sunday
Cristian Javier (6-7, 3.24) will start for Houston against Triston McKenzie (7-8, 3.38)
See the Astros vs Guardians odds ahead of Sunday’s matchup

The visiting Houston Astros and Cleveland Guardian wrap up their four-game series at 12:05 p.m. ET Sunday at Progressive Field.

The Guardians (55-52/28-22 home) beat the Astros 4-1 on Saturday night after losing the first two games of the series. The American League West-leading Astros (70-39/36-22 road) had their three-game winning streak snapped.

Odds as of August 6th at Caesars Sportsbook

There is a 20% of showers or thunderstorms in Cleveland, though the weather forecast also calls for sunny skies, a high temperature of 88 degrees with a heat index of 98 and a 7-mph wind from the west.

Javier has struggled lately, going 0-4 with a 5.11 ERA in his last five starts, including losing to the Boston Red Sox on Tuesday in Houston. Javier pitched well, allowing just two runs on four hits in six innings while striking out seven and walking one.

Javier is 1-0 with a 0.00 ERA in three games (one start) against the Guardians in his career. He has pitched only once at Progressive Field, working a scoreless inning of relief last season.

McKenzie is 0-2 with a 4.34 ERA in his last three starts and was roughed up by the Arizona Diamondbacks on Tuesday in a loss at home. He gave up five runs (four earned) and six hits in six innings with seven strikeouts and two walks.

The Astros’ Jose Altuve has had success in his limited history with McKenzie, going 3-for-6 with a double and two home runs.

Guardians left fielder Steven Kwan was sidelined a day after fouling a ball off his foot and is questionable for Sunday.

Aledmys Diaz kept the Astros from being shut out with an RBI double in the ninth inning. He and Jake Meyers each had two hits.

Astros right fielder Kyle Tucker missed his third straight game because of illness, getting scratched after being in the original lineup. He is questionable for Sunday.

Javier is winless in his last five starts but his expected ERA shows he is pitching better than his record indicates. Backing him is the way to go in this one, especially with the way the Astros have owned the Guardians in recent seasons.