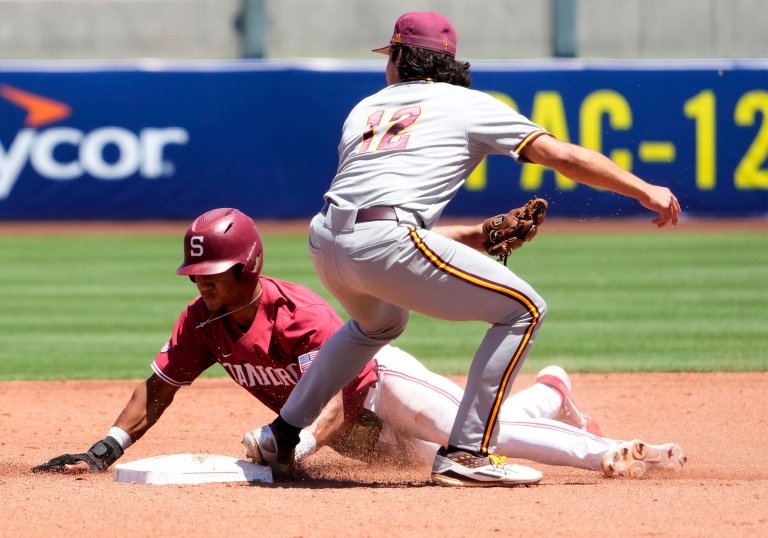 The College World Series continues on Saturday afternoon with Arkansas and Stanford seeing their first action. Stanford enters play as the second seed, fresh off a Pac-12 best 47-16 record.

Arkansas meanwhile, began the year as top-five team in the preseason rankings but stumbled out of the gate. After a slow start, they turned things around to finish at 43-19, which was the third-best record in the SEC.

Odds as of June 17th at DraftKings Sportsbook.

Stanford is currently a -120 moneyline favorite in a contest that features a total of 10.5. First pitch is scheduled for 2pm ET at the Charles Schwab Field in Omaha, with ESPN providing the broadcast coverage.

Connor Noland will take the ball for the Razorbacks, fresh off a 7-5 regular season. He’s turned up his play in the NCAA Tournament so far, yielding just one run in 13.2 innings of work.

He last pitched a week ago in the Chapel Hill Super Regionals against UNC, and absolutely dominated the Tar Heels. Noland threw six scoreless innings en route to a 4-1 victory, striking out six North Carolina batters along the way.

Prior to that outing, Noland was nearly as impressive in a 7-1 victory over Grand Canyon. He held the Antelopes to a single run over 6 innings, scattering six hits and striking out four.

The Cardinal will counter with Alex Williams, who was 8-3 during the regular season with a 2.88 ERA and 1.05 WHIP. Williams also toed he rubber last Saturday, but his result was far different than Noland’s. The right-hander was yanked after only 1.1 innings against UConn, after surrendering seven hits and six runs.

As far as offense goes, both teams have been swinging hot bats recently. The Razorbacks have put together three straight wins, and five victories in their last six overall, scoring 52 runs in the process. They’ve put up a +18 run differential during that stretch, and are batting .312 so far during the NCAA Tournament.

This will be their fifth appearance in the College World Series since 2012, and many experts are predicting they make it all the way to the final. They haven’t accomplished that since 2018, but they’re peaking at precisely the right time and have just as much talent as any program left.

Stanford meanwhile, is no stranger to this stage. This is their second straight appearance after a lengthy absence, and they have two National Titles and three runner-up finishes on their program resume. They dropped their opening match in the NCAA Regionals to UConn, but rebounded to win the next two, finishing with 30 runs over the three-game series.

Despite how potent Stanford’s line up is, the value is on Arkansas in this matchup due to the advantage on the mound. Noland is in superb form, while Williams was not smacked around in his previous outing, but the two starts prior to that as well.

He failed to make it out of the fifth inning in both of those outings, allowing five hits and five runs to Texas State, and another eight hits and four runs to Arizona.