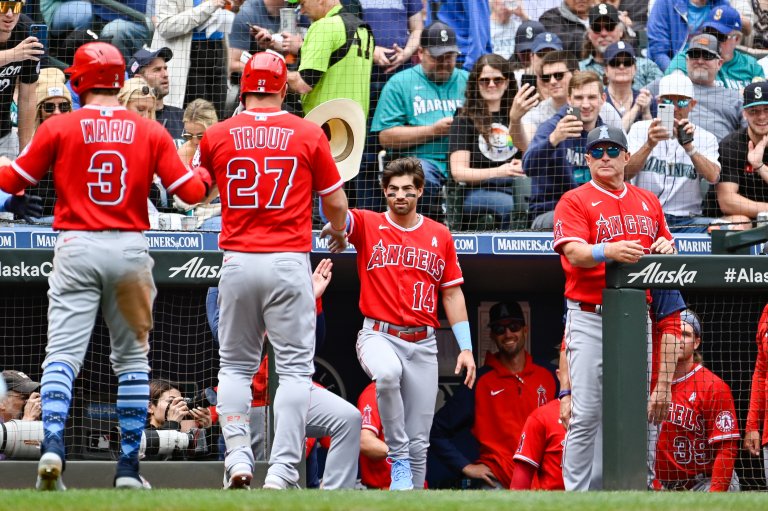 The Seattle Mariners are -190 home favorites over the Los Angeles Angels in an American League afternoon game on Saturday, August 6
This is the first game of a day-night doubleheader
The Angels are 7-2 straight up in their last eight games at Seattle

LA is 4-1 straight up at Seattle this season. Over the past eight road games against the Mariners, the Angels are 7-2 SU.

Oddsmakers are summarily unimpressed. It’s the Mariners who are set as the -190 home favorites. The Angels are 5-2 against the runline in the last seven games at Seattle. These two clubs also played a twin bill at Seattle on June 18. The Angels swept the doubleheader.

First pitch at T-Mobile Park is set for 4:10 pm ET on Saturday, August 6. The weather forecast is showing clear skies with 8 mph wind and a temperature of 81 degrees.

At odds of -190, the Mariners are offering an implied probability of victory of 65.52% in the MLB betting line. A successful $10 wager on Seattle would deliver a payout of $15.30.

In the MLB betting trends, the public is backing the Mariners in both the moneyline and runline at 56%. There’s also 56% of public bets going with the over in the total.

Angels right-hander Touki Toussaint will be making his first start of the season and first in MLB since September 14, 2021. He’s gone over four innings just once in his past four starts.

The good from Touki Toussaint today: elite 48% whiff rate and 6 strikeouts in 4.1 innings

The bad from Touki Toussaint today: a miserable 50.6% strike rate and 5 walks

Toussaint was acquired from the Atlanta Braves in July and assigned to Triple-A Salt Lake. Recalled, his made his Angels debut on July 30. Working in relief, Toussaint allowed two runs, two hits and walked two over four innings. He got the decision in a 9-7 win over the Texas Rangers.

Over his career, Toussaint is 5-0 as a reliever but just 5-6 as a starter. This will be his first time facing the Mariners during his big-league career.

Rookie right-hander George Kirby takes the hill for the Mariners in the opener. He’s a control freak. Kirby’s 3.6 bases on balls percentage rates among 2% of MLB hurlers.

His 6.64 strikeouts/walks ratio would rate #2 in the American League if Kirby had pitched enough innings to be among the qualifiers. He’s never walked more than one batter in any start this season.

Here’s Robbie Ray on this K last night: “A left-handed hitter can’t swing at that pitch because it’s like, ‘That ball is going to hit me.’ And then all of a sudden, it’s on the plate.” pic.twitter.com/ZZVQ6r6RZE

Kirby went without a decision over four July starts. This was despite allowing just five earned runs in 20.1 innings of work for a 2.25 ERA. He didn’t surrender a home run the entire month.

Kirby took 4-1 home loss to the Angels on June 16. He allowed six hits and two earned runs over six innings.

No left-handed batter in the entire Statcast era has hit a home run on a pitch farther inside than this one Shohei Ohtani hit. ?? pic.twitter.com/VIpW3eC2Ec

Kirby’s overall numbers are solid. He just needs some run support to get more consistently into the win column.

The return of first baseman Ty France to the lineup should help with the run production. He’s back after missing four games due to a wrist injury. France is slashing .308/.380/.477) this season.

Angels took 4 of 5 from Mariners ending on June 19th

The Angels arrived in Seattle with a 7-20 slate over their past 27 games. Toussaint’s numbers show he’s been much more effective as a reliever than a starter.