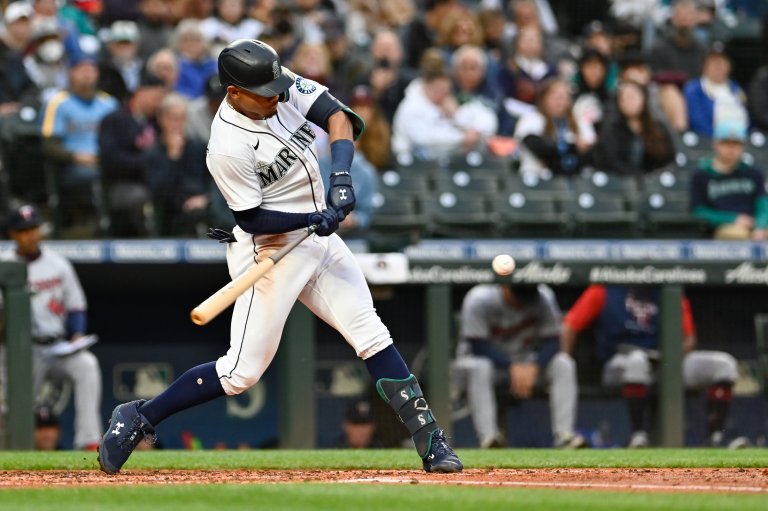 Julio Rodriguez entered Wednesday June 15 with a .263 batting average
The Mariners rookie has vaulted to the top of the AL Rookie of the Year odds
Can Rodriguez stay ahead of Astros shortstop sensation Jeremy Pena?

One of the most anticipated rookie debuts in MLB this season was that of Seattle Mariners outfielder Julio Rodriguez. An international signee from 2017, Rodriguez entered the 2021 season as the No. 2 prospect in all of baseball, only trailing Baltimore Orioles catcher Adley Rutschman.

Hailed as a multi-tool player who can do a little bit of everything, the Mariners internally view Rodriguez as their long-term answer out in centerfield. If the recent movement in the AL Rookie of the Year odds tell us anything, the Mariners front office should be feeling pretty good about that vision becoming a reality.

AL Rookie of the Year Odds

As you can clearly see in the above-inserted table, the race between Rodriguez and Pena is still extremely close. Pena leads Rodriguez in most notable stat categories, including OPS, OPS+, and WAR. However, Rodriguez currently leads all major league hitters in stolen bases, which could be giving him a slight edge.

Rodriguez is also three years younger than Pena, which typically doesn’t matter from an awards voting point of view. However, the expectation is Rodriguez is still very much easing into the game and filling out his frame.

Entering Wednesday June 15, it’s very much a two-person race between Rodriguez and Pena. However, there are a few other rising rookies who have flirted with the best MLB Rookie of the Year odds.

Baltimore’s Adley Rutschman currently sits at +3000 to win the award. However, he began the year at +550.

Minnesota Twins pitcher Joe Ryan is the last big name rookie worth mentioning in this discussion. His odds currently sit at +2000. However, his odds creeped as low as +600 in late May. It’s always tough to compare pitchers to hitters when it comes to an award like this. However, him being a consistent member of a starting rotation as a rookie puts him in a favorable position to get back in the conversation.

Entering Wednesday’s slate of games, it still feels like Pena should be considered the top favorite to secure the AL ROTY award. Despite the recent odds movement in favor of Rodriguez, Pena’s numbers are extremely impressive, and the Astros have some of the best World Series odds in baseball right now.

Team success isn’t always terribly relevant to individual awards in baseball. However, Pena being a starting shortstop with a 2.9 WAR and .800+ OPS on a contender isn’t something that should just be tossed aside. He’s a big reason Houston has been so good post Carlos Correa.

In conclusion, getting Rodriguez at +100 to win the award probably isn’t the best move.

If you’re looking to pick up some value when it comes to the AL Rookie of the Year odds, grabbing Ryan at +2000 or Rutschman at +3000 feels like the play. As mentioned previously, Ryan’s status as a starting pitcher gives him a unique advantage, and Rutschman is the No. 1 prospect in baseball.

Adley had himself a day 💪 pic.twitter.com/xrD4g5jqB2

All it would take for Rutschman to vault to the top of the odds leaderboard is a nice hot streak. His recent three-hit game against the Royals could be signaling that such a streak is imminent.