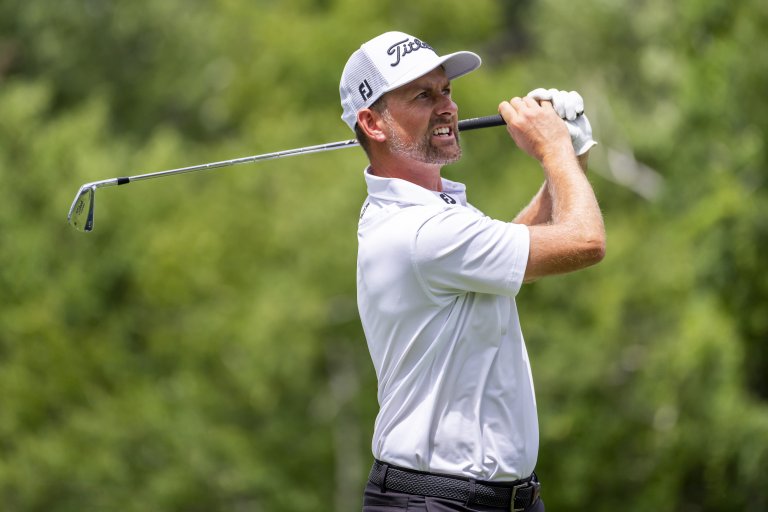 The final regular-season PGA Tour event heads to Greensboro, North Carolina, for the Wyndham Championship. Sedgefield Country Club hosts the world’s best in their quest to qualify for the FedEx Cup Playoffs, with the top-125 golfers making it to the postseason. Notable players like Webb Simpson and Rickie Fowler are just inside the bubble, while major champions Danny Willett and Francesco Molinari are on the outside looking in.

Going low is imperative for success around this track, with winning scores of 14-under-par or lower occurring every year since they moved to this course in 2008. Last year, Kevin Kisner outlasted five others in an epic six-man playoff for the championship.

Will Zalatoris, who has come close to securing his first PGA Tour win, is the co-favorite to claim the Wyndham, along with 2019 Open champion Shane Lowry.

The term ‘horses for courses’ certainly applies to Webb Simpson at Sedgefield Country Club. Not only has he won at this track in 2011, but he’s come ridiculously close to doing it again on a slew of occasions.

Webb hasn’t been playing his best golf of late, or else he’d have arguably been the favorite to win with the backing of his local supporters. However, his record around this track is too good to ignore, and at +2000 odds, you’re getting him at better value than the top-four players on the board.

Russell Henley (+2500): In his last two Wyndham Championship’s, Russell Henley has posted back-to-back top-10’s (T-9th, T-7th). The latter was most excruciating in 2021, as he led wire-to-wire, before a 72nd hole bogey dropped him from what would be a seven-man playoff, into a tie for seventh. In those two events, he ranks fifth in total strokes gained at Sedgefield. After a stretch of poor play, he’s coming off a top-10 last week at the Rocket Mortgage Classic.
J.T. Poston (+4500): J.T. Poston recently finished T-2nd at the Travelers, then followed that up with a wire-to-wire victory at the John Deere. After a missed cut at the Open, he bounced back with a T-11 at the 3M Open. In 2019, Poston won this tournament without making a bogey all event. His last twelve rounds has seen Poston rank first in strokes gained: total, tee-to-green, short game, and putting.
Callum Tarren (+13000): Callum Tarren sports incredible longshot value, and therefore would also have intriguing odds in the top 10/20 markets. In his last five tournaments, the Englishmen has been T-22nd or better on four occasions. Two of those instances have resulted in top-7’s. The last twelve rounds Tarren is eighth in SG: tee-to-green, and tenth in total strokes gained.