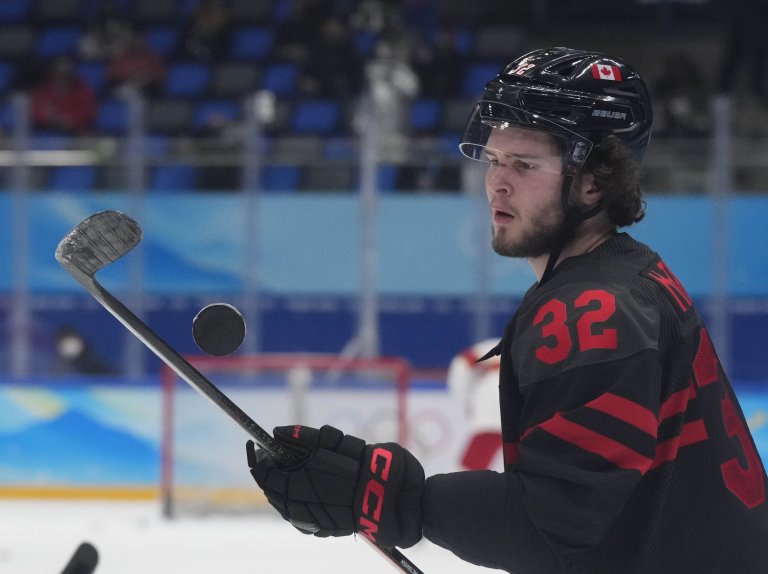 The 2022 World Junior Championship takes place from August 9th to August 20th in Alberta
The tournament was postponed from December due to COVID-19
Read below for 2022 World Juniors odds, picks and predictions for the IIHF tournament

Hockey will be back before you know it as the World Junior Championship begins next week. The annual tournament was supposed to be played during the Winter time but was cancelled after just three days due to a rise of COVID-19 Omicron variant cases.

Although Russia had an entry in December, the IIHF did not invite them to the tournament this time around due to the ongoing war in Ukraine. The Latvians have replaced the Russians at this summer’s tournament in Edmonton, Alberta.

Team Canada is the favorite to win the rescheduled 2022 World Juniors tournament as they feature one of hockey’s most exciting prospects in Conor Bedard.

Let’s look at the 2022 World Juniors odds for the 10 contending countries and offer you our best pick and prediction to win the tournament.

The United States are the reigning gold medalists as they defeated Canada 2-0 in the final in a bubble in Edmonton last year. Still, the home side Canadians are once again the strong +125 favorites, giving them a 44.44% implied probability to win the tournament for the 19th time.

Canada’s 2022 World Juniors roster will be missing some big names from the squad that was rolled out in December. Buffalo Sabers 2021 1st overall pick Owen Power will not be playing, along with 2022 NHL fourth overall draft pick Shane Wright.

Canada’s roster will be highlighted by phenom Connor Bedard, who just turned 17 a few weeks ago. The consensus 1st overall pick in 2023, Bedard treated Canadian fans to a four-goal performance against Austria in December, becoming only the sixth player to score four goals in a World Juniors game.

Many NHL scouts have thrown around the term “generational talent” when discussing Bedard’s career projection. Canada will count on Bedard, along with Ducks prospect Mason McTavish and Blue Jackets forward Kent Johnson, to lead them to gold.

Although Bedard will be playing against guys three years older than him, he’s still the main reason oddsmakers like Canada’s chances of taking home WJC gold.

The Americans are the returning World Junior champions and will be a significant challenger to Canada once again. Unfortunately, Team USA will be without their number 1 center, defenseman and goaltender from the initial squad that was brought to Canada in December.

RAISE THE GATORADE IN YOUR GLASS…

Matty Beniers and Jake Sanderson, the aforementioned center and defensemen, signed NHL contracts last spring and will be busy preparing for their NHL training camps. Goalie Drew Commesso opted not to play in the summer tournament in order to focus on his season ahead.

Regardless, this US squad is still stacked with talent. Up front, look for Brett Berard, Matt Knies and Logan Cooley to lead the way. Berard produced 38 points in 36 games with Providence last year.

Cooley, the 3rd overall pick in this past Summer’s draft, was on the team in the winter and worked his way into a top-six role playing alongside Knies, who will be his teammate at Minnesota this coming season. Expect Cooley to be one of America’s go-to offensive players.

Knies played for USA at the Olympics as the country’s youngest player and will take a big leadership role with this squad. On the back end, Brock Faber should be the number one defenseman for the States. He was a member of the 2021 gold medal-winning team and also played for USA at the 2022 Olympics in Beijing.

The Swedes appear to be Europe’s top threat to dethrone Canada or the USA despite the fact the country has not won gold at the World Juniors in a decade. On defense, Simon Edvinsson will play a huge role for Tre Kronor. The towering 6’6 rearguard is expected to make the Red Wings and be a contender in the Calder Trophy odds.

Of course, Moritz Seider won the rookie of the year last season playing defense for Detroit, and it appears as though the Red Wings will have a dynamic duo on the blueline for years to come if Edvinsson can play up to his potential.

Up front, Team Sweden will count on playmaker William Eklund to lead the offense. Eklund had four assists in nine games with San Jose last year and is expected to be a full-time NHL regular in 2021-22.

The Swedes are anchored in goal by Wild first-round pick Jesper Wallstedt, who had a 1.98 GAA in Sweden’s top league last year. Sweden’s defense/goaltending is a big reason they are +400 alongside Team USA in the World Juniors odds.

Throw out the longshots when placing a wager in this tournament. Canada, USA, Sweden and Finland are the only squads participating in the 2022 World Juniors that have won gold in the last two decades.

Slovakia might have been worth a look after producing the top two picks in the 2022 NHL Draft with forward Juraj Slafkovsky and defenseman Simon Nemec. Both those players will be unavailable in this tournament, however, which hurts Slovakia’s WJC odds.

Slafkovsky and Mesar WILL NOT be playing in the World Juniors this summer, as requested by the #GoHabsGo [habseyesontheprise] pic.twitter.com/dnkxe9uk4N

Although Canada is a deserving favorite and will have home ice on their side, the best value bet here is to take Sweden at +400. As always, the Swedes have a number of NHL-worthy forwards, and their defensive play led by Edvinsson should be as good as any in this year’s tournament.

If you do decide to stick with the favorite and go with Canada, place your wager early, as the Canucks usually steamroll through the round robin, causing their odds to shorten significantly as play rolls along.