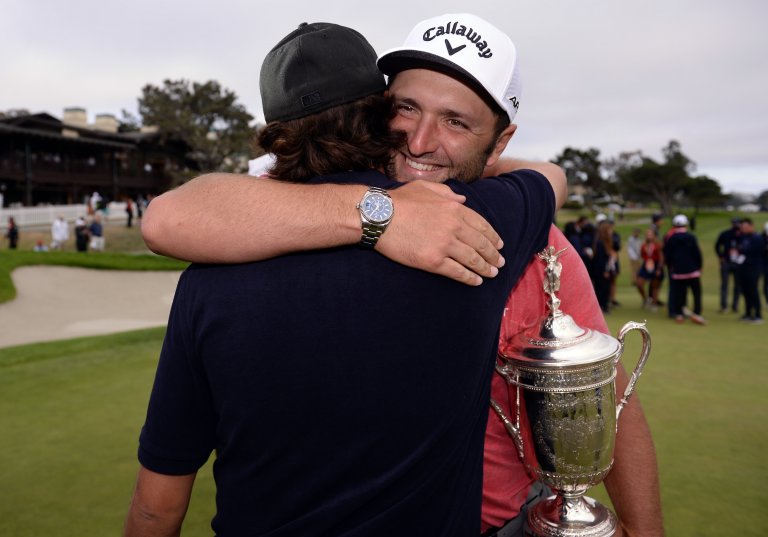 The US Open from the Country Club in Brookline, Massachusetts tees off Thursday, June 16th
Recent RBC Canadian Open champ Rory McIlroy is the +1000 favorite to win the title over Justin Thomas and Jon Rahm
Below, see the US Open odds to win, plus best value bets

Just one week after Rory McIlroy defended his title at the RBC Canadian Open, he and the world’s best head to the Country Club in Brookline, MA, for the US Open.

The Ulsterman is the slight favorite to win his second career US Open, and first since 2011. Behind him are Justin Thomas, who won the PGA Championship (the most recent major), and Jon Rahm, who is the defending champion.

Odds as of June 13th at DraftKings Sportsbook.

Though some of the top players defected to the LIV Golf Tour like Dustin Johnson and Phil Mickelson, they’re still eligible to compete in this championship. This course will be unfamiliar for many players, as it hasn’t hosted a major since the 1988 US Open. It was, however, the site of the infamous United States comeback in the 1999 Ryder Cup, and Matt Fitzpatrick won the 2013 US Amateur here.

After competing in the first two majors of the campaign, Tiger Woods has opted not to tee it up at the Country Club. It’s a par-71 track, playing at just over 7000 yards, which is short by today’s standards. It was restored in 2020 by Gil Hanse to the look and feel as originally intended. For years now younger champions have taken center stage at the big events, and recently, that trend has been set, with five of the last six major winners being in their 20’s (Mickelson the lone exception).

Cameron Smith has become one of the world’s elite, as he ranks sixth in the rankings following his 2022 Sentry TOC and Players Championship titles. He’s fantastic in a lot of key ‘strokes gained’ categories on the season; the Aussie ranks third approaching the green, eleventh in putting, and fourth in total strokes gained.

He’s also first in birdie average and third in scoring, making him a threat every time he competes at big events.

Smith does have five top-10s in majors to his credit (including four top-5s, one of which was a T-4 at the 2015 US Open). Six golfers have shorter odds than him, which provides decent value at +2200 for a player that can get as hot as anybody on the greens in a hurry.

Collin Morikawa (+3000): 2022 has been very hit or miss for Collin Morikawa, which has pushed his odds down to this number. It’s not as if he’s totally lost his game, as he’s picked up three top-5’s (including the Masters). In his last eight majors contested, Morikawa has racked up five top-8’s, with wins at the 2020 PGA and 2021 Open Championship. He’s fifth approaching the green on the season, which will be crucial for success at Brookline, and despite his so-so play of late, he’s too good a player to ignore at these odds.
Max Homa (+4500): Max Homa is ascending to the game’s elite, having won three trophies in the last two years on tour. He’s sixth in ball striking and eighth in total strokes gained in the last 36 rounds, where he has nine top-25’s in the last ten stroke play events. Homa was T-13th at last month’s PGA Championship for his best major result.
Corey Conners (+6000): Corey Conners has posted five top-20’s in majors the last three years, and comes in ranked 30th, his highest ever position in the world. The consistent Canadian is known as a premier ball striker, as he’s fourth in greens in regulation and eighth in strokes gained: off-the-tee. Conners had a sixth place showing at the Canadian Open, his eighth result of T-26th or better in his last ten starts.