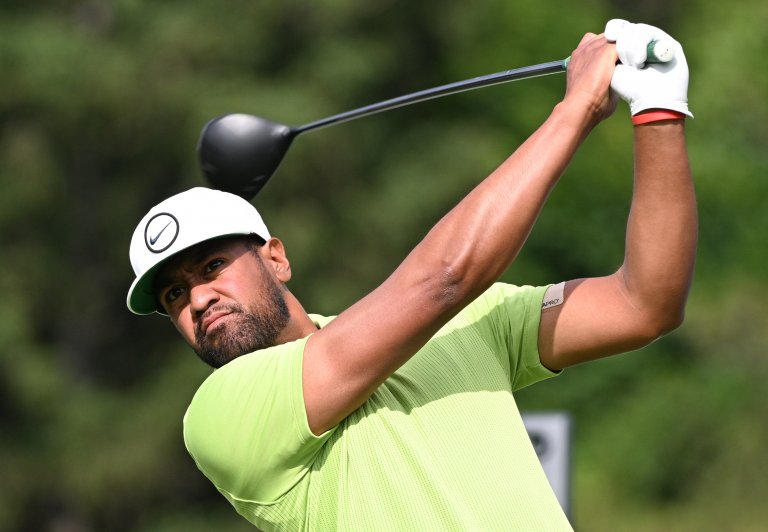 The 2022 Travelers Championship from TPC River Highlands begins on Thursday (June 23rd)
Tony Finau has three top-four finishes in his past six starts and is a glaring value to win at +4000
Read below for our favorite sleepers and longshots in the outright, T10 and T20 markets

We’re back after yet another winning week in the PGA Tour betting streets. Shane Lowry was a major letdown for us in the outright market at last week’s U.S. Open, but Hideki Matsuyama’s top-10 result (+350) and Keegan Bradley’s top-20 finish (+250) more than made up for it.

This week the Tour heads just a few hours southwest from the U.S. Open venue to Cromwell, Connecticut and the familiar TPC River Highlands grounds. The close proximity from last week’s stop has attracted many of the game’s top players. Five of the top-six golfers in the world rankings are here, as well as plenty of other mega-talents including Tony Finau.

The star-studded field has pushed Finau’s outright Travelers Championship odds down to the point where we simply cannot pass on them at +4000. He may have missed the cut at the U.S. Open, but his form leading up to that treacherous test is too good to ignore.

Finau on the Cusp of Victory

Prior to the U.S. Open, Finau held a share of the 54-hole lead with Rory McIlroy at the RBC Canadian Open. He went toe-to-toe with both Rory and Justin Thomas in the final group, carding a six-under par round of 64. Most days that would have easily been good enough to hoist the title, but unfortunately McIlroy went even lower firing a blistering 62 to claim the victory.

Still, a second place result gives Finau two runner-up finishes in his past six starts to go along with a fourth place showing. He’s been one of the game’s premier iron players over that stretch, gaining at least 2.2 strokes on approach in five of his past six measured events. He’s also gained an average of 3.3 strokes off the tee per event over that span, while being positive with the putter in four straight measured starts.

TPC River Highlands is a Par-70 track featuring 12 Par-4’s which sets up perfectly for Finau. Over the past two months, he ranks third in the field in Par-4 scoring and 10th in birdie opportunities inside 15 feet.

Leishman Looking to Rekindle Past Success

A little further down the odds board we’ll find Marc Leishman at +5000 in the outright market, and +450 to finish inside the top-10. Full disclosure, longer odds are available in both categories if you’re willing to price shop, but those prices are still solid values.

Leishman has been trending up as of late, and was fantastic last week at the U.S. Open. He gained 8.4 total strokes on the field en route to a 14th place finish, and has a strong track record at TPC River Highlands. One of the Aussie’s six career PGA Tour victories came on this track in 2012, and he’s finished inside the top-10 on two other occasions including a third place result last season.

This course features some of the easiest fairways to hit on Tour, which helps negate Leishman’s biggest weakness which is driving accuracy. He’s a phenomenal iron player and can get white-hot with the putter, two ingredients that will serve him well this week.

Kevin Kisner (+330): It doesn’t take a rocket scientist to figure out when and when not to bet on Kisner. Fade him on courses where distance is a necessity, and bet him on short tracks, that require more precision and finesse. TPC River Highlands fits the latter description and not surprisingly he’s finished T15 or better twice here in the past three years.
Kevin Streelman (+450): The form is not great, but like Kisner you want to target Streelman at short, tight venues. His course history here is elite, finishing T15 or better six times, including a win in 2014.