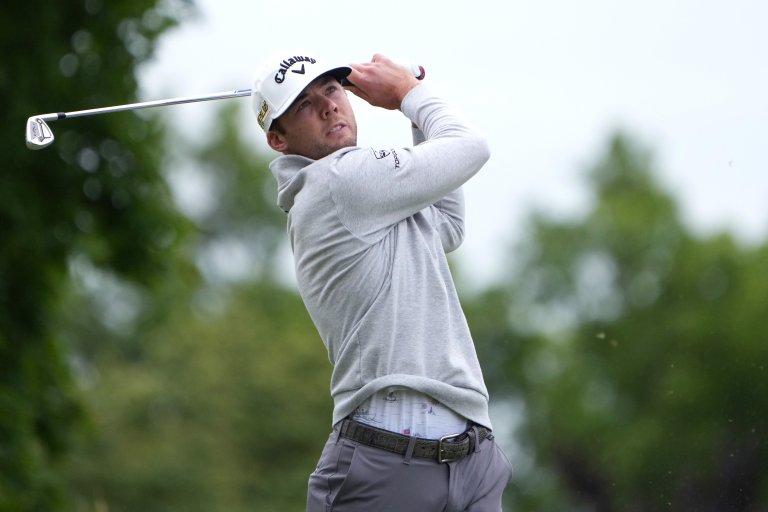 The 2022 Scottish Open tees off Thursday (July 7) at the Renaissance Club
Sam Burns ranks top-four in the field in strokes gained approach, putting and Par-5 scoring over the past 24 rounds
Read below for our favorite sleepers and longshots in the outright, T10 and T20 markets

Just one week after there were zero top-40 players teeing it up at a PGA Tour event, there will be 17 of the top-20 players in the world in the field at the Scottish Open. The brand new tournament on the PGA Tour’s schedule is a co-sanctioned event with the DP World Tour, and will act as the primary tune-up for next week’s Open Championship.

The Renaissance Club will play host to the tournament, and it’s a course that demands a complete game in order to be successful. Strokes gained off the tee, on approach, around the green and putting metrics will be the weighed the heaviest when it comes to making our betting decisions this week, with additional emphasis on long Par-4 scoring and Par-5 success rate.

One player who excels in virtually every category you look at is Sam Burns, and he’s the first target in our sleepers and longshots betting card.

Odds as of July 4th at DraftKings Sportsbook.

Our selections this week will be a mix of PGA Tour and DP World Tour players, and Burns has proven you shouldn’t pass on him when he’s listed with odds at long as +3000.

Burns a Must Bet

The last time we touted Burns at a number this long he stormed the field on Sunday at the Charles Schwab to take home the trophy. We’ve since seen him priced much shorter in even stronger fields, so there’s no way we’re passing on him at this number.

Sam Burns entered the day 7 shots behind Scottie Scheffler before coming back to win the Charles Schwab Challenge in a playoff.

That matches the largest 54-hole comeback in 75 years of PGA TOUR events at Colonial (Nick Price did it in 1994) pic.twitter.com/XzBpSE9npe

He’s won three times already this season on the PGA Tour, and is just as capable of winning a birdie fest as he is a tournament where scoring is tough to come by. History tells us that the final score of the Scottish Open will be anywhere from between -11 to -22 depending on the weather, and we should expect Burns to be in contention regardless of the conditions.

He enters the week ranked top-four in the field in strokes gained approach, putting, and Par-5 scoring over the past 24 rounds. Only Max Homa has had more success on long Par-4’s between 450-500 yards, while Burns also ranks top-nine in birdie or better percentage and 19th in driving distance.

Sam Burns teeing off on 11. pic.twitter.com/huGkiv7McI

Fox the Cream of the DP World Tour Crop

Our next target is Ryan Fox, who is arguably the best ball striker on the DP World Tour. Fox now leads the circuit in strokes gained approach and scoring, while ranking ninth in driving distance.

He’s going to win a big one one day.

This should push Ryan Fox into the top 50. pic.twitter.com/zPfPhlkRkS

He won earlier this season at the Ras al Khaimah Classic and his current form in Europe is unconscious. Over his past six events on the DP World Tour he’s finished second, third, second, second, eighth and ninth. Seems like a pretty strong outright and T10 bet to me.

Mito Pereira (+320): From a statistical standpoint, few players profile as well. Pereira ranks top-12 in strokes gained approach, off the tee, around the green and Par-5 scoring over the past 24 rounds. He’s sixth in birdies or better during that stretch and has finished 17th or better five times in his past eight starts.
Hao Tong Li (+400): In terms of in-form DP World Tour players, do not sleep on Hao Tong Li. He won last time out at the BMW International Open, and has placed inside the top-20 three additional times in his past seven starts.