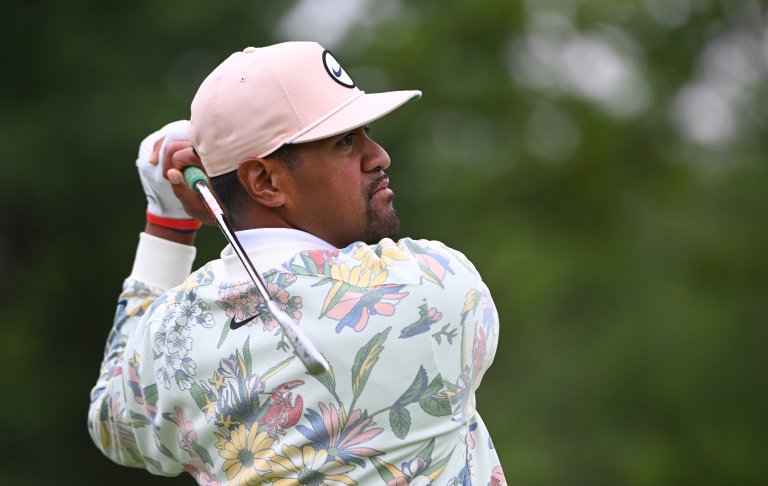 The 2022 RBC Canadian Open from Royal St. Georges begins on Thursday (June 9th)
Tony Finau has posted two top-four results in his past four starts
Read below for our favorite sleepers and longshots in the outright, T10 and T20 markets

Our heater continued last week at the Memorial, and while we failed to hit our third outright winner in five weeks, a tidy +650 T-10 ticket on Aaron Wise kept the profit train moving.

This week the PGA Tour heads north to Canada for the third oldest championship in Golf. The RBC Canadian Open is back after a two-year hiatus, thanks COVID, and its return will be contested at Royal St. Georges in Toronto, Ontario.

The tournament is the last before next week’s U.S. Open, and a strong field will tee it up as they make their final preparations for the season’s third Major. The group includes Tony Finau, who’s recent play suggests a victory is close.

Finau’s posted two top-four results in his past four starts, and is the first target on our sleepers and longshots betting card.

Finau’s odds vary greatly around the industry, with +3000 in the outright market being the best number available. Royal St. Georges is expected to yield a winning score in the high teens, and while demanding off the tee, it is very attackable for pristine iron players.

Few players on Tour have been flushing their irons like Finau lately, as he ranks ninth in strokes gained approach over the past 24 rounds. Last time out, he gained 5 strokes in that metric at the Charles Schwab Challenge, but he’s no one trick pony. Finau’s off the tee game is elite, as he ranks fifth in that category over his past six starts.

Who wants to burn money on Tony Finau with me? pic.twitter.com/p55I7018hm

This week’s track also requires proficient Par-4 scoring, especially on holes ranging from 450-500 yards. That suits Finau just fine, as only five players score better than him on holes from that distance.

Next, let’s move to the top-10 market where we find Chris Kirk with a +400 price tag. Kirk has finished T-7 or better three times in his past nine starts, and is a statistical darling. Over the past 50 rounds, he ranks top-15 in this field in ball striking, strokes gained off-the-tee and birdies or better.

He’s 21st in Par-4 scoring in the key 450-500 yard range, and 25th in strokes gained approach. The numbers would be even better if not for a few untimely water balls last week at the Memorial, but don’t let that take away from the fact that he’s gained at least 4.3 strokes tee to green in seven of his past nine events.

C.T. Pan (+250): His recent results just don’t justify how well he’s been striking the ball. Over the past 24 rounds, Pan ranks sixth in strokes gained approach, 14th in ball striking and 16th in Par-4 scoring from 450-500 yards. He’s made one trip up north in his PGA Tour career and it resulted in a 14th place finish.
J.T. Poston (+650): This is an outrageous price tag in the T-20 market for a variety of reasons. First, it’s 50% longer than what most books are offering. Second, he’s racked up two top-nine results in his past five starts, gaining at least 7.9 strokes tee to green in both high finishes. Third, he’s gained strokes with his irons in five of his past six starts and is 13th in field in putting over the past 24 rounds.