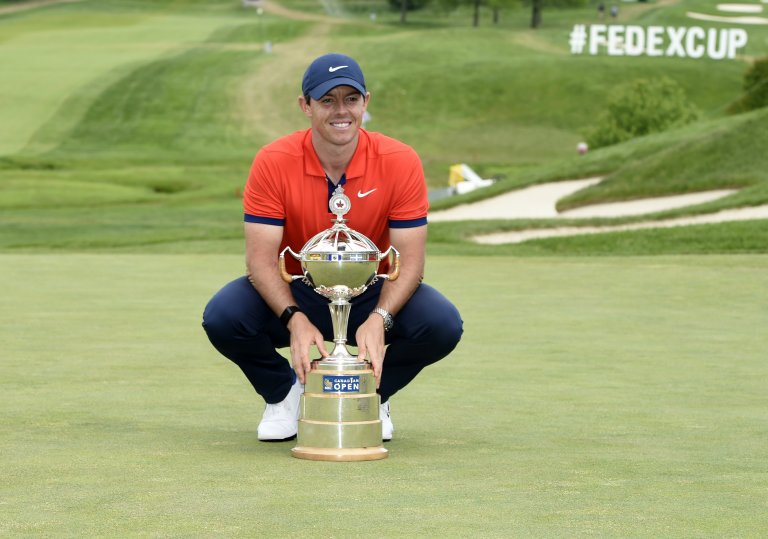 The RBC Canadian Open from St. Georges Golf and Country Club tees off Thursday, June 9th from the Greater Toronto Area
Scottie Scheffler and Justin Thomas are +700 co-favorites to win the title
Below, see the RBC Canadian Open odds to win, plus best value bets

For the first time since 2019, the RBC Canadian Open will host the world’s best golfers at St. Georges Golf and Country Club in Etobicoke, Ontario. The last two years were canceled due to COVID-19, making Rory McIlroy the defending champion. He’s joined by 2022 major winners Scottie Scheffler and Justin Thomas, along with multiple winners on the season in Cameron Smith and Sam Burns to round out five of the top-ten players teeing it up.

Overall, 20 Canadians will compete (following Taylor Pendrith’s withdrawal due to injury), looking to become the first to win their national open since Pat Fletcher did it in 1954. Corey Conners, the top-ranked Canadian, headlines the list, followed by Mackenzie Hughes and Adam Hadwin.

This is a unique golf course in that there are three par-5s and five par-3s, playing to a par-70. The last time it hosted the RBC Canadian Open, Carl Pettersson made the cut on the number in 2010. He proceeded to shoot a Saturday 60 and wound up claiming the title. There’s also ‘the rink’ on the par-3, 16th, which is attempting to replicate the WM Phoenix Open party hole where fans get wild, leading to plenty of excitement.

Sam Burns has been viewed as a superstar in the making for a few years now, and this season he’s figured out how to win consistently and he’s clutch, snagging three titles (Sanderson Farms, Valspar, and Charles Schwab in his last start).

He’s fourth in birdie average, twelfth approaching the green, and seven in total strokes gained on the year.

Seeing six golfers have shorter odds than him is something of a surprise, given his propensity to pick up victories, and his overall game. At +1800 odds, you’re getting Burns at really good value compared to those who are favored more than him.

Adam Hadwin (+4500): Adam Hadwin can end the curse of Canadian golfers coming oh-so-close to winning their national title this week. He comes off a solid T-18th at the Memorial, which was his fifth finish of T-26 or better in his last seven attempts (three top-10’s). In the last 24 rounds, he ranks 11th in strokes gained: tee-to-green, and 13th in SG: total. Hadwin has had three top-10s at his national open in his career, with a sixth place showing in the most recent one in 2019.
Patrick Reed (+6500): Far too talented a player to ignore at these odds, especially in light of the fact his game has started to come around, with T-35 or better in five of his last eight starts. That includes a T-7th two events ago at Colonial. Ranks in the top-20 in five key ‘strokes gained’ stats in the last 12 rounds, including SG: total, tee-to-green, short game, around the green and approach.
Brendon Todd (+10000): In his last tournament, Brendon Todd finished just a shot out of a playoff at the Charles Schwab Challenge, making him an intriguing long shot at this number. Four starts prior to that, he was T-8th. Fifth in driving accuracy and sixth in putting on the campaign.