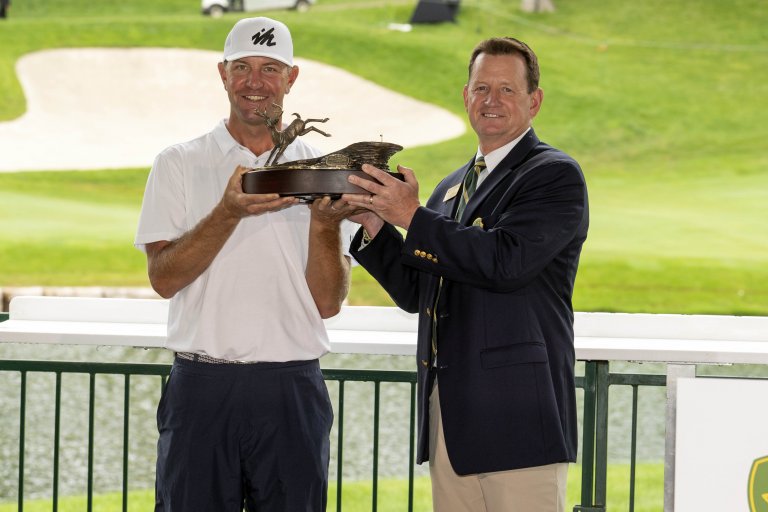 Just one week after Xander Schauffele’s victory at the Travelers Championship, the PGA Tour heads to Silvis, Illinois for the John Deere Classic. With a run of premier golf tournaments preceding this one, the John Deere has struggled to attract a top-notch field, as is often the case. Daniel Berger, who is the 25th-ranked player in the world, is the top-ranked golfer competing.

For those who haven’t already qualified for the Open Championship next month, the top three finishers this week will make the trip overseas. TPC Deere Run is a birdie fest, where going low is imperative for success. The Par-71 layout has seen the last 12 champions all shoot at least 16-under-par en route to the title. Before Lucas Glover’s win last year, three straight champions of the John Deere Classic made this their maiden PGA Tour triumph.

Odds as of June 27th at DraftKings Sportsbook. Get this DraftKings promo code before betting the John Deere Classic

Nick Hardy has been playing some inspired golf ever since he was runner-up in a playoff on the Korn Ferry Tour last month. In the three tournaments since then, Hardy has progressively gotten better in his three PGA Tour starts. Those results were a T-35th at the RBC Canadian Open, T-14th at the US Open, then T-8th at the Travelers Championship. In those three tourneys, he’s gained over 20 shots on his contemporaries.

In the last eight measured rounds, Hardy has put together some impressive ‘strokes gained’ statistics.

At the US Open, Hardy was phenomenal on the greens, ranking second in putting, picking up a whopping 9.38 shots over the field. His game is trending in the right direction, and considering it’s a very weak field, his +4500 odds are awfully enticing.

John Huh (+5000): John Huh has been quietly playing some solid golf, posting T-12th, T-25th and T-13th showings in his last three events. In that span, he’s first in strokes gained: off-the-tee, third in total strokes gained, and fourth in both ball striking and around the green. In 2018, he was T-7th at this track.
Cameron Champ (+6000): Cameron Champ is a boom or bust type candidate whenever he tees it up. He has three PGA Tour titles under his belt since 2018, and is first in driving distance on the campaign. He’s not far removed from back-to-back top-10’s in April, though as noted, he’s been more bust than boom lately. Had a respectable T-11th showing at this championship last year.
Ryan Moore (+13000): Ryan Moore has had success at TPC Deere Run, winning the tournament in 2016, then was runner-up last year along with a couple other top-10’s. In the last 24 rounds at this venue, he’s third in SG: tee-to-green and ball striking, and fourth in total strokes gained. Moore has made his last four cuts this season, posting middling results, but given his track record around here, he’s an intriguing deep dive longshot.