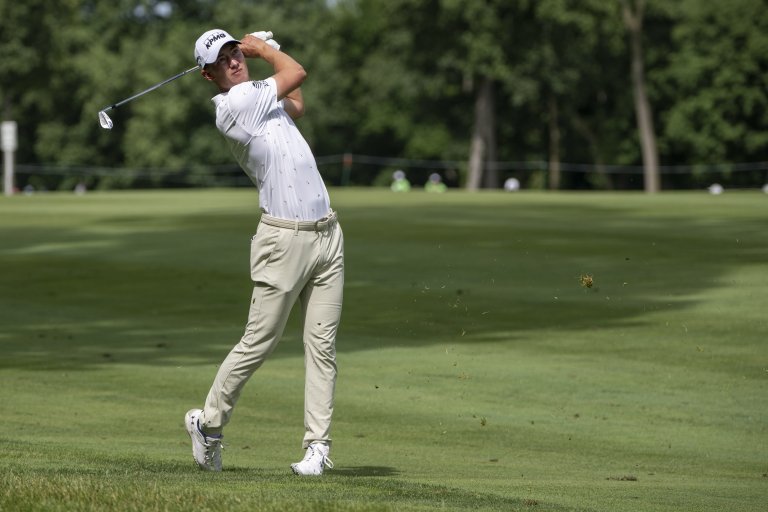 The final major championship of the season is at St. Andrews for the Open Championship, where the world’s best are vying for the coveted Claret Jug. Those who weren’t able to qualify for the Open are competing at the Barracuda Championship. Maverick McNealy is the favorite to win his first career PGA Tour title in the opposite field event.

This is always a fun championship due to the altered format, which uses the Modified Stableford Scoring System. Players are rewarded two points for birdies, five for eagles and a whopping eight for an albatross. A par is worth zero, and you lose one point for a bogey and three for a double bogey or worse. It’s the one event where you want to see a plus-score beside your name.

This tournament was long contested at Montrêux Golf and Country Club outside Reno, Nevada. It moved to the current track in 2020, which is Tahoe Mountain Club’s Old Greenwood course in Truckee, California.

Former number one ranked amateur Maverick McNealy hasn’t had quite the resounding success that was expected of him when he broke onto the PGA Tour scene, but he has had a solid career to date. McNealy has been oh-so-close to claiming his first trophy, finishing second at the 2021 Pebble Beach Pro-Am and the 2021 Fortinet Championship.

He’s had two other top-10’s on the campaign, including a T-8th two starts ago at the John Deere Classic, which he followed up with a T-16th at the Scottish Open. Of those competing at this tournament, he’s second in birdie average, which is critical to go low in the Stableford format.

Birdie Average Leaders of Those Competing

McNealy also has had success at this venue, placing seventh in 2020, then T-18th last year, showing he’s comfortable at this course. Though he’s the favorite in the tournament and that usually means a super low ticket, he’s set at +1200 which is still decent enough value to jump on.

Andrew Putnam (+4000): Andrew Putnam thrives at this golf tournament, having won his first PGA Tour title at the Barracuda in 2018 (at a different course). He didn’t play the championship in 2019 and 2020, but returned to compete last year, and very nearly won again, finishing second. He’s made four of his last five cuts, with a T-15th his best result during that time span.
Matti Schmid (+7000): Playing in just his fifth ever PGA Tour event at last weekend’s Barbasol, Matti Schmid held the 54-hole lead by two strokes. He had a really tough final round 77 to drop him into a tie for eighth, but it was a great learning experience in dealing with a chance to win. The 24-year-old German had three top-40’s on the DP World Tour in his five previous starts, and has a runner-up and a third place showing in the last year.
Brandon Hagy (+10000): In the two years this tournament has been contested at this course, Brandon Hagy has popped both times. In 2020, he was T-12th, and then last year, he was fifth. Hagy hasn’t had a stellar season, thus why he’s a long shot, but he’s coming off a T-27th last week at the Barbasol, and has had a few brushes at winning on the PGA Tour.