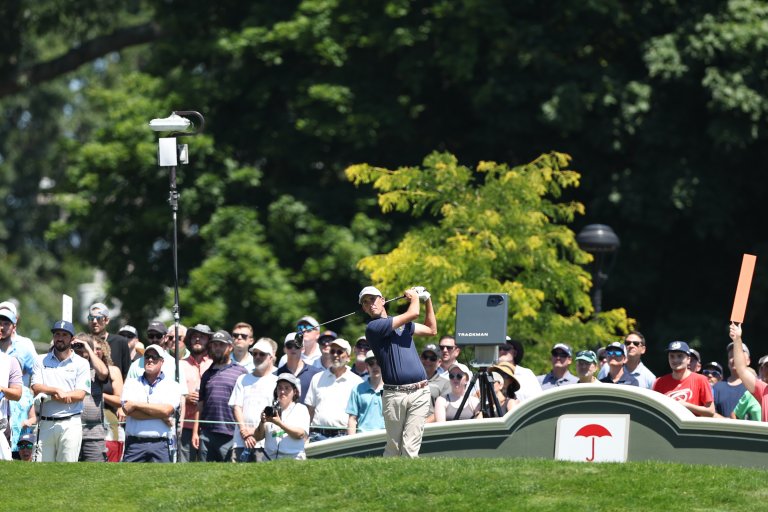 With just one week left before the Open Championship, 14 of the top-15 golfers in the world are competing at the Genesis Scottish Open. The opposite field event to that is the Barbasol Championship, which was won by Seamus Power last year in a playoff over J.T. Poston. The field at Keene Trace Golf Club in Nicholasville, KT isn’t particularly strong with the big names prepping for the final major of the year. That brings the possibility of a sleeper or longshot who could snag the title.

Like the Scottish Open, this tournament is also co-sanctioned between the PGA and DP World Tours. Except for the first iteration of this event in 2015, every single playing since has resulted in either a one stroke victory or a playoff triumph (there was no 2020 Barbasol due to COVID-19). Mark Hubbard is the favorite over tour veteran Kevin Streelman.

Odds as of July 4th at DraftKings Sportsbook. Get this DraftKings promo code before betting the Genesis Scottish Open

Chesson Hadley broke onto the PGA Tour scene in 2014 by winning the Puerto Rico Open, along with his signature finger snapping routine after making great shots. It hasn’t gone as well as he’d hoped since then, though he’s showing signs of resurfacing on the PGA Tour.

Last year, he very nearly won the Palmetto Championship before a disastrous finish dropped him into second, and in the last two events in 2022, he’s been fifth at the Travelers and T-10th at the John Deere.

In those last two tourneys, he was fourth in SG: around the green and eighth in putting at the Travelers, and third approaching the green along with tenth tee-to-green at the John Deere. Hadley has longer odds than the top-five golfers on the board, so his price of +3500 is pretty attractive.

Hayden Buckley (+4000): Hayden Buckley has been rising through the ranks, winning on the Korn Ferry Tour last season and also posting a runner-up. He’s really come on lately on the PGA Tour, starting with a T-14th at the U.S. Open. He’s followed that up with a pair of solid results, and he’s second in strokes gained: off-the-tee in his last 24 rounds. Buckley is in the top-20 in driving accuracy and greens in regulation on the campaign.
Michael Gligic (+7000): Michael Gligic has quietly played some decent golf of late, making the cut in five of his last six starts. That was highlighted by a T-10th at last weekend’s John Deere Classic, where he was fourth in strokes gained off-the-tee. Last year the Barbasol, he had a respectable top-20 showing.
James Hahn (+7000): Last year at this event, James Hahn shot a scorching 60 on Saturday en route to a T-5th result. Prior to his three previous starts that haven’t yielded much, he posted back-to-back T-9’s at the Wells Fargo and Byron Nelson where he gained nearly eight shots on the greens at the Wells and almost twelve tee-to-green at the Nelson.