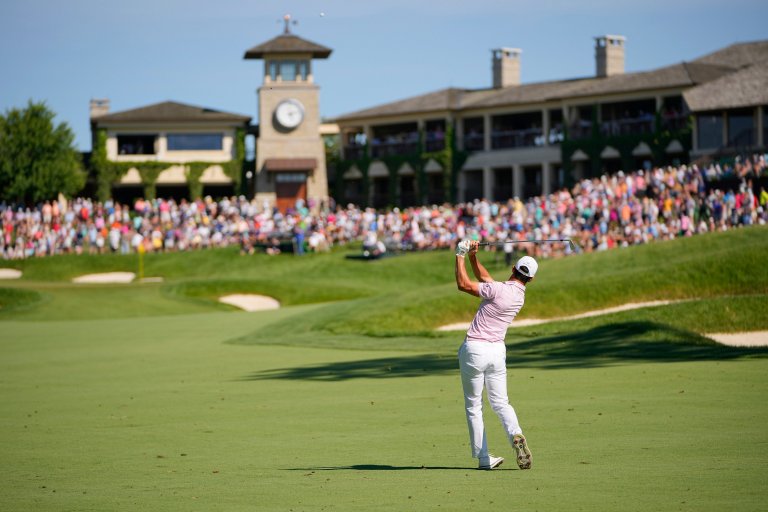 Through 54 holes of the Memorial Tournament, Billy Horschel appears to be in complete control with a five-shot edge. Surprisingly, it’s his first solo lead entering the final round of an event since 2014. He won the FedEx Cup that year, and despite him not holding a lead of that kind in eight years, he has six career PGA Tour titles to his credit.

Entering the championship, he sported +4000 odds to win his first tournament of the season, but that line is now down to -175. The two players closest to him are Cameron Smith, who has two victories on the campaign, and Aaron Wise, who is looking for his second win of his career. For those who are hoping for a final round comeback, keep in mind that seven-shot leads have been erased the last two weeks in the final round. First it was Justin Thomas at the PGA Championship, then Sam Burns at the Charles Schwab Challenge.

Odds as of June 4th at DraftKings Sportsbook.

Horschel on a Heater

Billy Horschel began the third round two shots adrift of leader Cameron Smith, but he erased that deficit swiftly with four birdies on the front nine. He didn’t let up, adding three more on the back nine for a brilliant 7-under, 65, which was the round of the day.

Remarkably, he’s made just one bogey this week, back on his tenth hole of round one. Horschel has gone back-to-back rounds bogey free, achieving a feat that hasn’t been done in 20 years on the PGA Tour.

The last player to have the only bogey-free round of the day in consecutive rounds was Tiger Woods at the 2002 Genuity Championship. pic.twitter.com/fD9IYmJWro

He’s first in strokes gained: tee-to-green, greens in regulation and scrambling through 54 holes. The six-time winner has hit 31 of the 36 greens in the last two rounds, and looks poised to add to his trophy case. Betting him at -175 odds doesn’t produce much value at all, especially in light of two straight champions charging from back in the pack en route to victories the last two weeks.

Of his closest pursuers, Cameron Smith should clearly be favored over Aaron Wise, but +600 odds for a player who is five back of top spot isn’t exactly screaming value either.

Patrick Cantlay (+2500): We were high on Patrick Cantlay this week simply due to his dominance at this track. He’s won the Memorial in two of the last three seasons, and like JT and Burns the last two weeks, he’ll also start Sunday seven off the pace. He made two eagles on moving day, and is sixth in putting through three rounds. When he won here in 2019, he stormed back with a scintillating Sunday score of 64.
Davis Riley (+4500): We also loved rookie Davis Riley at +6000 odds before the tournament started, and those odds have shortened to +4500. Like Cantlay, he’ll be seven back of Horschel in full on attack mode on Sunday. He comes in super hot, having posted these results his last five outings – T-4th, 5th, T-9th, T-13th, T-4th, so he’s clearly showing he’s close to breaking through for that first PGA Tour triumph.