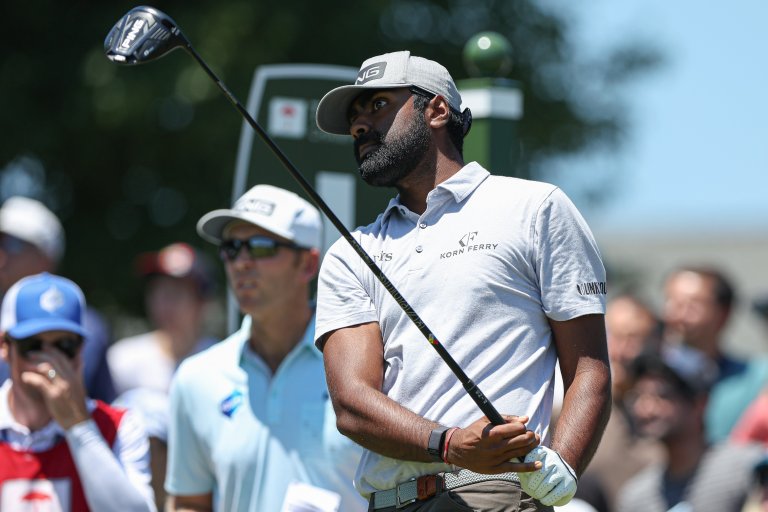 The 2022 John Deere Classic from TPC Deere Run begins on Thursday (June 30th)
Sahith Theegala has two-top five results in his past three starts
Read below for our favorite sleepers and longshots in the outright, T10 and T20 markets

All good things must come to an end, including our winning streak in the PGA Tour betting streets. Last week we whiffed on both our outright and top-10 picks, but luckily a Kevin Kisner +330 T20 ticket helped mitigate the damage.

This week, the Tour heads to TPC Deere Run for a watered down version of the John Deere Classic. The event is being skipped by virtually every big name that didn’t bolt for LIV, as those stars are travelling overseas to play the Scottish Open next week.

Daniel Berger, the lone top-50 player that was in the field, withdrew on Monday, leaving this tournament completely up for grabs. That’s good news for Sahith Theegala, who’s been knocking on the door of his first career PGA Tour win this season, and is the first target on our sleepers and longshots betting card.

Odds as of June 27th at DraftKings Sportsbook.

Since 1970, 23 players have made the John Deere Classic their maiden PGA Tour victory, and Theegala is in good shape to be the next. He finished runner-up last week at the Traveler’s Championship after a devastating final hole, but he’s been racking up big-time finishes all season.

Rookie Sahith Theegala has 6 birdies through 15 holes today at TPC River Highlands. Entering the week, his 37 rounds in the 60s were tied for 2nd-most this season on the PGA Tour.

Two tournaments ago he was fifth at the Memorial, and he also owns a third and seventh place result over the past four months. It’s only a matter of time before he takes home a trophy.

Success at TPC Deere Run depends greatly on iron play and putting above all else. Theegala gained 4.7 strokes on approach last week, and 4.2 strokes with his putter. Three weeks ago he gained 5.9 shots with his irons at the Memorial, and he ranks second in this field in ball striking over the past 24 rounds.

Also working in his favor is his Par-5 prowess. The Par-5’s at this venue are some of the easiest holes on the course and must be taken advantage of. Over the past 24 rounds, Theegala ranks first in the field in Par-5 scoring.

A little further down the oddsboard we’ll find John Huh. The 32-year-old has some of the best recent form in the field outside of Theegala, and has been a statistical darling over the past 12 rounds.

Huh ranks top-seven in strokes gained approach, scoring and ball striking, and top-11 in Par-5 scoring and wedge play. He’s parlayed that into three consecutive top-25 results in much tougher fields, headlined by a 12th and 13th place finish.

Huh tied for seventh at this tournament in 2018, and he’s a strong bet to replicate that result this week, while contending for the title.

Zach Johnson (+330): The two-time Major champ could probably play this course blindfolded and still make the cut. Johnson is 13-for-13 in made cuts at this track since 2008, winning once (2013) and finishing inside the top-16 seven other times.
Lee Hodges (+450): Speaking of made cuts, Hodges has made the weekend in three straight events while putting on an approach play clinic. He’s gained a combined 11.2 combined strokes with his irons during that stretch, and an additional 7.8 strokes with his putter. That sounds like the perfect recipe for him to rack up his third top-20 result of the season this week.