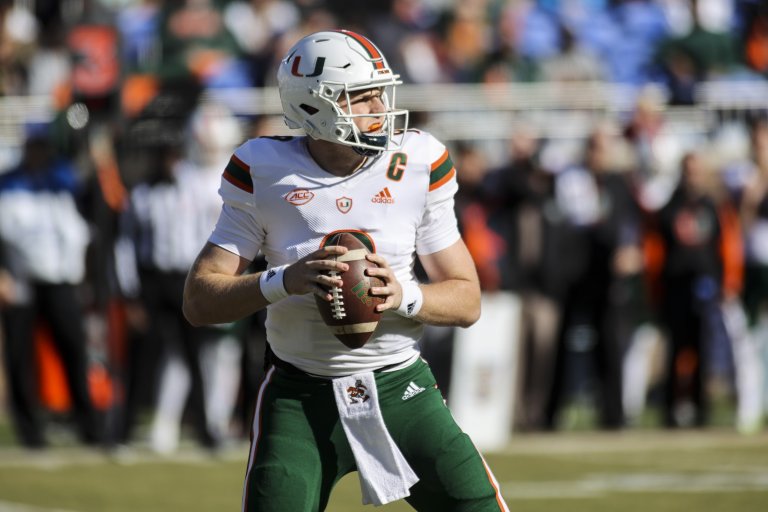 Alabama’s Bryce Young and Ohio State’s CJ Stroud are favored to win the 2022 Heisman Trophy
Longshots often win the Heisman, however, and there are several worth betting in 2022 preseason
Read below for the best 2022 Heisman longshots to bet in preseason

The Heisman Trophy is awarded annually to the most outstanding player in college football. Alabama quarterback Bryce Young and Ohio State pivot CJ Stroud are favored in the 2022 Heisman Trophy odds.

The Heisman is a difficult award to predict, as the player favored in the preseason usually doesn’t end up winning the trophy. Betting the right Heisman longshot in the preseason can be the key to securing a massive profit at the end of the year.

Let’s take a look at the preseason Heisman odds for 2022 and offer you our three best longshot bets.

Alabama QB Bryce Young is the most recent Heisman winner, capturing the trophy in 2021. Young was favored in the preseason, ending a trend of longshots winning.

Miami quarterback Tyer Van Dyke is one of the best Heisman longshot bets you can make in 2022 preseason. The young pivot is set to shred ACC defenses this season after impressing as a freshman in 2021.

Van Dyke started the final nine games for the Hurricanes in 2021, throwing for 2,931 yards and 25 TDs with only six interceptions. Dyke finished with a pass efficiency rating of 160.1, which was second-best in the ACC behind Pittsburgh QB Kenny Pickett (165.3).

Miami had an explosive offense last season, averaging 321.2 passing yards per game. There’s the chance for the Hurricanes to be even more dangerous in 2022 with the arrival of new offensive coordinator Josh Gattis under Mario Cristobal.

Van Dyke has a few of his top wide receiver targets from last season returning, in addition to Clemson transfer Frank Ladson. Miami plays Texas A&M in Week 2, meaning Van Dyke’s Heisman odds could shift early in the season if he’s able to lead Miami to an upset bid.

Quarterback Quinn Ewers has been getting most of the hype in Texas recently, but running back Bijan Robinson is the name to watch in the Heisman race. The explosive RB is returning for a third season despite already being a first-round lock in the 2023 NFL Draft.

Robinson rushed for 1,127 yards and 11 TDs in 10 games last season, averaging 5.8 yards per carry. He showed his explosiveness and Heisman potential during an early five-game stretch in which he rushed for 752 yards and 10 TDS.

Robinson also caught 26 passes out of the backfield in 2021, which is a skill that bolsters his Heisman value. Several past running back Heisman winners, including Alabama’s Mark Ingram, made themselves worthy of the “most outstanding player” title due to their pass-catching ability.

Much like with Van Dyke, Robinson has a game on his schedule with “Heisman moment” potential. The Longhorns face Alabama in Week 2 and will be big underdogs. If Robinson goes beast mode vs the Tide, Robinson’s +5000 Heisman odds will be a long and distant memory.

Anderson is a Man Amongst Boys

Alabama QB Bryce Young is favored to win a second consecutive Heisman Trophy in 2022, but it’s his teammate Will Anderson who is the best value bet. The linebacker was arguably the best college football player in 2021 and is set for a massive junior season in Tuscaloosa.

Anderson led the FBS in both tackles for loss (34.5) and sacks (17.5) last season. With Alabama losing a few offensive pieces this offseason but gaining more experience defensively, Anderson could post even more impressive numbers in 2022.

Anderson is facing an uphill battle in the Heisman odds, as no defensive player has won the award since Charles Woodson in 1997. Michigan DE Aidon Hutchinson finished second in the 2021 Heisman voting, however, showing that defensive players are getting their due.

Alabama has produced three of the last seven Heisman winners, and Anderson is solid value at +4000 to keep that trend going. With all the constant changes in college football, a defensive player winning the Heisman doesn’t seem so far-fetched anymore.