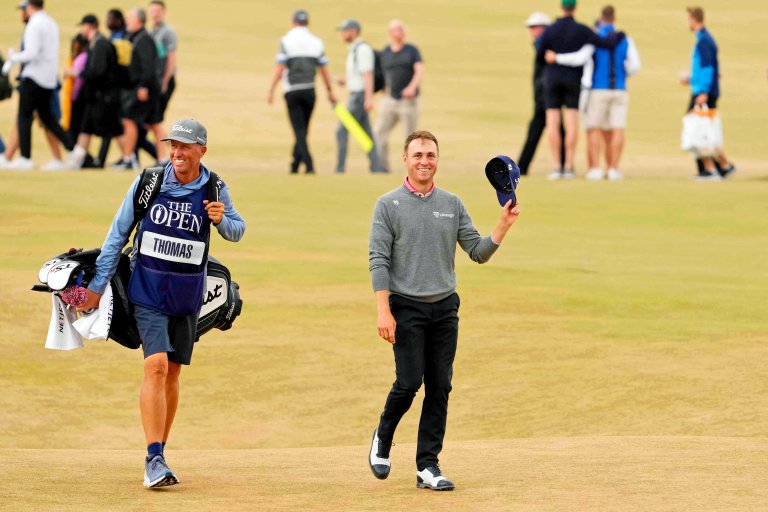 The three-leg PGA Tour playoffs begin this week at the FedEx St. Jude Championship at TPC Southwind in Memphis, TN. The top 125 golfers on the points list at the conclusion of the regular season will duke it out this week, with only the top 70 surviving to compete in next week’s BMW Championship.

The winner of the FedEx Cup playoffs will take home a cool $18 million dollars. Last year, Patrick Cantlay won the final two events to claim his first FedEx Cup. No player has ever won it back-to-back, with Rory McIlroy and Tiger Woods the only golfers to win it twice. This is the first year that this tournament will be contested as part of the playoffs, with it previously being a World Golf Championships tournament for the last three seasons.

McIlroy, very nearly won the Open Championship, makes his first start since that devastating defeat. Scottie Scheffler, won has four wins on the campaign, heads up the points list as he enters the postseason.

Justin Thomas Has Won at This Course

Justin Thomas has tasted success at TPC Southwind in the past, having placed T-12th in 2019, then followed that up with a victory in 2020, when it was a World Golf Championships event.

He, of course, won the PGA Championship in May, and while it hasn’t been smooth sailing since then (apart from a third in the RBC Canadian Open), he clearly is a threat at this track.

Thomas is a part of the cluster of five golfers at +1400 to win outright, tied for the second shortest odds. It’s a course he’s comfortable on, and all he does is win big championships (the last three were a WGC, the Players, and a major). He’s certainly worthy of consideration this week.

Jon Rahm (+2000): While he hasn’t exactly been firing on all cylinders this year, this is still a very intriguing number for the former world #1. The Spaniard shows up when the playoffs begin, with eight top-10’s in his last nine postseason events, including a win at the 2020 BMW. It’s not as if Rahm has fallen off a cliff either, as he has top-12’s in three of his last six starts, including a win in Mexico. Seventh at this track back in 2019.
Sungjae Im (+3500): Sungjae Im comes into the tournament red hot, having posted back-to-back runner-up finishes at the 3M Open and Wyndham Championship. In six of the last nine times teeing it up, Im has been 21st or better (four top-tens). Clearly this field is much stronger than his last two tourneys, but he’s excelled in the playoffs against elite fields before, placing third in the 2021 BMW Championship.
Tyrrell Hatton (+5000): Not many players with long odds are intriguing, particularly up against a stacked field. Tyrrell Hatton is as far down the board, odds-wise, that there’s any golfer realistically that can win, in theory. He’s coming in with solid form, having gone T-24th at the Scottish Open, T-11th at the Open Championship and T-8th at the Wyndham Championship in his last three outings. Last year at this course, Hatton was T-17th.