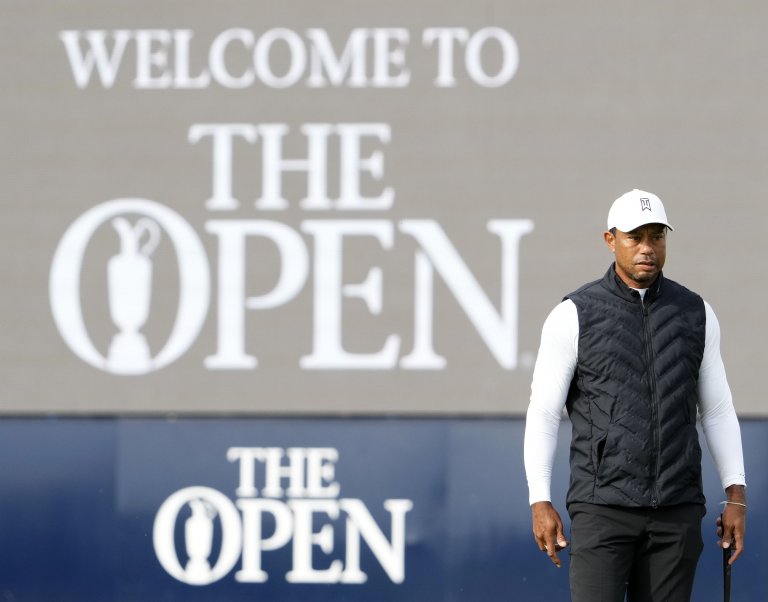 The 2022 British Open tees off Thursday (July 14) at the Old Course at St. Andrews
Collin Morikawa won this tournament last year and has six top-eight finishes in his past eight Major Championship starts
Read below for our favorite sleepers and longshots in the outright, T10, T20 and T40 markets

How can you not be excited for this year’s British Open. The oldest Major Championship is returning to the Old Course at St. Andrews, AKA the birthplace of golf, and Tiger Woods is back in our lives.

This year will mark the 150th edition of the British Open and the Championship will return to St. Andrews for the 30th time. Not much has changed since Tiger first teed it up here in 1995, as the links play just 100 yards longer today than they did back then.

That makes the Old Course one of the shortest Major venues in the rotation, and a perfect place for Tiger to make some noise – more on that later. Our sleepers and longshots card starts with a different previous champion however, as Collin Morikawa is outrageously priced in the outright market.

Odds as of July 11th at DraftKings Sportsbook

Morikawa, who won last year’s British Open, can actually be found with even longer odds than his +3000 tag listed above if you’re willing to shop around.

Sure, he missed the cut at the Scottish Open last week, but he barely made it through the weekend there last year and still wound up hoisting the Claret Jug.

Morikawa a Must Bet

Morikawa being disrespected by online sportsbooks is nothing new. Just last month at the US Open, he closed at a similar number and would have probably won if not for a disastrous Saturday. He was a combined -11 under in rounds 1, 2, and 4, but a 77 on Saturday torpedoed his chances.

Still, he wound up placing fifth giving him six top-eight finishes in his last eight Major Championship starts. The Old Course at St. Andrews can be mastered by both long and short hitters, as long as they’re dialed in with their irons and putter.

That should be music to Morikawa’s ears, who’s relatively short off the tee. He makes up for it with precision, as he ranks first in strokes gained approach over the past 100 rounds. Putting is definitely not his forte, but when he’s dialed in with the flat stick he wins.

After etching his name into history last year, Collin Morikawa is excited to defend his title.#The150thOpen pic.twitter.com/MsdsUitxFh

He’s gained at least 3.8 strokes on the greens six times in his career, and he’s posted three victories and three runner-up finishes.

Morikawa isn’t the only golfer who is being disrespected by oddsmakers this week. Hideki Matsuyama checks in with +5000 odds to win, and a +500 price tag for a T10 finish.

Matsuyama was fourth at the US Open and 14th at the Masters as the defending champ. He owns a previous top-six result at the British Open and was 18th at St. Andrews in 2015.

More importantly, however, is the fact that he’s a ball-striking savant. Matsuyama is 12th in approach play over the past 36 rounds and sixth in scoring. He’s gained strokes around the green in nine of his past 11 events, and like Morikawa, when he putts he wins.

Dating back to November 2020, Matsuyama has gained at least four strokes with his putter four times, winning three tournaments and finishing runner-up in the other. He’s routinely priced 15-20 points shorter, so at these numbers, he’s an auto-click.

Justin Rose Top-20 (+250): When he’s on his irons are as good as almost anyone’s and he ranks 10th in the field in strokes gained putting over the past 36 rounds. He has four career top-20 results at the British Open, including a sixth-place finish the last time it was contested at St. Andrews.
Tiger Woods Top-40 (+115): We can’t possibly go any longer without talking more about Tiger. He’s already walked 49 holes at St. Andrews over the past week, and his swing looks as good as it has in years. Needless to say, he’s all in this week. He’s won twice at the Old Course in the past, and while a third victory seems overly optimistic, plus-money odds to finish 40th or better is too good to pass on.