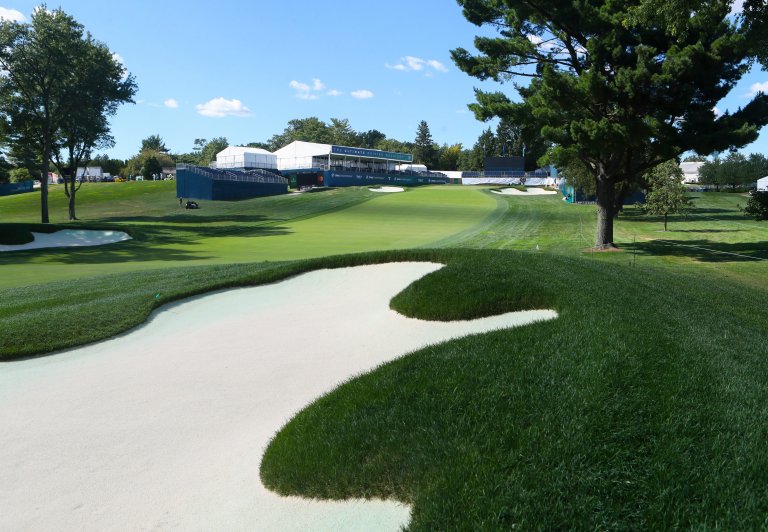 The BMW Championship in Wilmington, Delaware tees off Thursday, August 18th
Rory McIlroy is the +1100 favorite over to win the second leg of the FedEx Cup Playoffs
Below, see the BMW Championship odds to win, plus best value bets

The second of three legs in the FedEx Cup Playoffs sees the top-70 players on the points list compete in the no-cut BMW Championship. Only the top-30 golfers after this tournament will head to the season finale at the Tour Championship. Rory McIlroy is +1100 favorite despite missing the cut last week.

Will Zalatoris enters this tournament as the leader in the FedEx Cup points race after defeating Sepp Straka in a three-hole playoff at the FedEx St. Jude Championship.

Rory McIlroy, who has won the FedEx Cup twice in his career (2016, 2019), is the favorite to snag the BMW Championship. Keep in mind, this is the first time Wilmington Country Club will host this tournament, so course history isn’t as big a factor as it normally would be. It’s a par-71 layout at just over 7,500 yards.

Cameron Smith Primed for Another Win

Cameron Smith has had a dream season, winning the Sentry Tournament of Champions in record scoring fashion, then capturing the Players Championship, culminating in his first major title at the Open Championship.

It hasn’t been without controversy, as he’s expected to head to LIV golf for a $100 million price tag in a matter of weeks. That didn’t stop him from getting straight back into contention at the FedEx Cup Playoff opener before a surprising ruling severely hampered his chances of winning on Sunday.

Cameron Smith has been penalized two strokes for improper placement of the ball in the penalty area in Round 3.

He now begins the final round trailing by four.

More on the penalty ⬇️ pic.twitter.com/a1wr2Bqv9R

Despite the setback, he still placed inside the top-15, where he’s resided five of the last seven times he’s teed it up. Not much fazes him, as he ranks first in birdie average, third in scoring average, and fourth approaching the green on the campaign. At +1800, Smith’s odds are intriguing, as nine golfers have shorter odds than him.

All tournaments were not contested at Wilmington Country Club.

Collin Morikawa (+2000): Collin Morikawa hasn’t had his typically brilliant season, though he’s shown signs of breaking out of a funk. Sitting 20th on the points list, the two-time major champ has bookended a T-5th at the U.S. Open with another top-5 at the FedEx St. Jude Championship, with a pair of missed cuts sandwiched in between. His last start Morikawa was second in birdies and sixth in putts per green in regulation.
Jordan Spieth (+4000): Jordan Spieth missed the cut in Memphis, which was a surprise given his form leading into the championship. His two prior starts he was T-10th at the Scottish Open and T-8th at the Open Championship. He’s had top-20’s in six of his last nine tourneys, with five of those top-10’s, including a victory and a pair of runner ups. Given his relatively strong play of late, the MC was probably a blip, and at +4000, he sports great value.
Brian Harman (+7000): In three of his last five tournaments, Brian Harman has landed inside the top-10. Those were a T-8th at the Travelers, T-6th at the Open Championship and last week, a tie for third at the FedEx Cup Playoffs opener. The last time he teed it up he was fourth in strokes gained: approach and eighth tee-to-green.