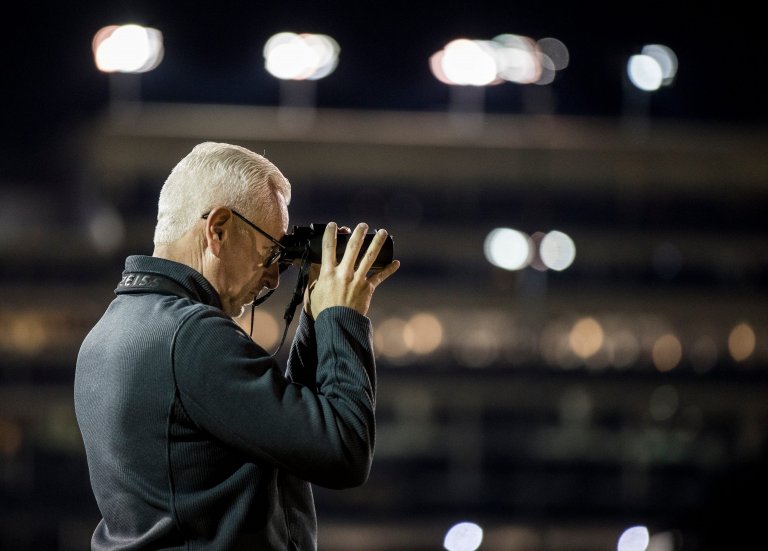 Trainer Todd Pletcher watches his horses workout in the morning on the track at Churchill Downs. April 27, 2021

The Third Jewel of the Triple Crown, the Belmont Stakes is Saturday on Long Island
Eight horses are entered, and there are lots of ways to bet on the feature race
Who possesses win, place, and show betting value in the 2022 Belmont Stakes odds?

It is really easy to get wrapped up in extreme Belmont longshot picks, and exotic wagers that are like the lottery, unlikely to win but can pay a fortune in the Belmont Stakes odds. There are eight horses running this year. Fire up your Belmont Stakes betting app, handicap, and pick the right horse to finish first, second, or third.

The recent past tells us straight bets can be profitable. The 2019 Belmont had a $22.40 winner, the year before place returned $13.80. Updated Belmont Stakes odds are roughly what we expected at the conclusion of the Preakness. Sometimes understanding horse racing bet types is more about filtering out the noise, and concentrating on the basics.

Let’s look at this year’s field and their odds and read on for our picks for the Belmont.

Post time is slated for 6:44 pm ET with NBC televising the race. There is 40% chance of rain and temperatures should be in the high 60’s.

The odds in our chart are listed in the American format, but you may find the fractional format at a racebook. Be sure to check out TVG for some of the best Belmont promos.

Let’s get to handicapping and see if we can find some positive ROI wagers for our Belmont expert picks.

We the People was ultra-impressive winning the Peter Pan Stakes at Belmont Park in New York in only his fourth career start.

That romp was as much as you could possibly ask for, but it came against significantly lesser competition. He was a non-factor in his previous start, the Arkansas Derby. He may have had an excuse, getting overheated, but is the favorite here based on a single race. That said, he could be loose on the lead.

Mo Donegal gets a mulligan for the Kentucky Derby. He had the worst post position, the extreme inside, hopped up at the start leading to getting pinned in, and still rallied to finish fifth.

Each of Mo Donegal’s prior three races were strong. He beat Preakness winner Early Voting in the Wood Memorial, and held off Zandon, who finished third in the Run for the Roses, in the Remsen Stakes.

Rich Strike was the upset winner of the Derby. He wasn’t even in the race until a day before it was run, broke from the extreme outside, and circled the field for one of the bigger shockers in recent sports history.

Rich Strike was +8080 in Louisville. He got an amazing setup (fast pace), and incredible ride to victory. His only other victory came in a maiden-claiming race. It is hard to know what to expect.

Creative Minister didn’t debut until March or win until April. On Derby day he won an undercard race at Churchill Downs, and then ran well in the Preakness Stakes.

He is both talented and improving, but three races in five weeks is awfully tough. Just think of all the horses that have failed to win the Triple Crown after taking the first two races.

Fillies running against boys have a spotty record. Kentucky Oaks winner Secret Oath finished fourth in the Preakness. That said, Nest was the favorite in the Oaks, and trainer Todd Pletcher has won the Belmont with a filly before.

Pletcher beat Curlin with Rags to Riches in the 2007 Belmont. It was the first of his three Belmont triumphs. Nest has four wins in six starts including a victory at Belmont Park. She has the look of a filly who will enjoy the extra distance.

Who can hit the board at a big number? Barber Road? After all, he has sort of made a living finishing in the money but outside the winner’s circle.

Up until finishing sixth in the Kentucky Derby, Barber Road was second or third in five straight races, several of them Run for the Roses prep events. Few will pick him on top, but he has shown an ability to get a piece.

It doesn’t really add up that Mo Donegal isn’t the favorite in the current Belmont Stakes odds. He has the best resume and a valid excuse in the Kentucky Derby. He is the most likely winner and a more than fair price.

Pletcher is the best at his home in New York. His track record in the Belmont is great. He can win with Mo Donegal, and with Nest. She is the real deal, rested, and talented. She is the ultimate value play in this field.

We the People, Creative Minister, and Rich Strike are all viable, but none possess value. We the People ran one great race and because the Preakness was won wire-to-wire now pundits are afraid he’ll run away and hide. Creative Minister is trying to do something, three races in five weeks, that few are successful at. Rich Strike was brilliant in Louisville at a huge price. At his current Belmont odds, we need to see it to believe it. Barber Road always gives it his best, and maybe he hits the board at a nice number in our expert Belmont predictions.