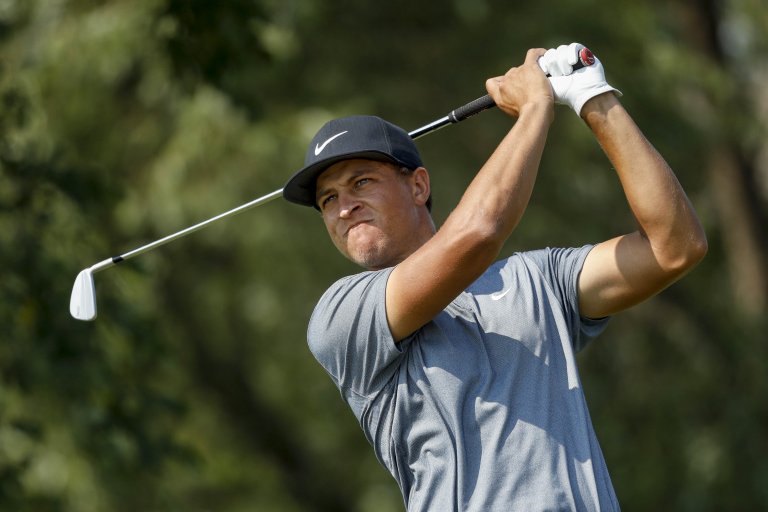 The 3M Open at TPC Twin Cities in Blaine, Minnesota tees off Thursday, July 21st
Tony Finau is the +1100 favorite over Sungjae Im
Below, see the 3M Open odds to win, plus best value bets

A week after Cameron Smith put together a spellbinding Sunday performance to win the Open Championship, the PGA Tour heads to the 3M Open in Blaine, Minnesota. Tony Finau, who posted a top-30 at the Open, enters this tournament as the favorite over Sungjae Im.

For those looking to make a push towards the FedEx Cup Playoffs, they’d better get a move on, as this is the third last regular season tournament before the top-125 duke it out for the prestigious FedEx Cup. This is just the fourth year of this event, with Cameron Champ returning as defending champion. In the three previous iterations, winning scores of -21, -19 and -15 have been posted.

Former professional tennis player Mardy Fish, who won six career singles titles on the ATP circuit, has been given a sponsors exemption into this tourney. He won the American Century Championship two years ago and the LPGA’s pro-am Hilton Grand Vacations TOC three times in the past.

Davis Riley Closing In On Victory

Davis Riley has had an exceptional rookie campaign on the PGA Tour that has nearly yielded his first trophy on a number of occasions. The closest came at the Valspar Championship, where he lost a playoff to Sam Burns. Beginning in late April, Riley was no worse than T-13th in a span of six straight tournaments.

Though he’s cooled off a little bit since then, he’s still made two more cuts in the subsequent two times he’s teed it up, and has great ‘strokes gained’ stats across the board.

Riley is 12th in birdie average for the season, which will be imperative for success at this very gettable track. He sports longer odds than the top-six players on the board, so you’d be able to get him at decent odds.

Mark Hubbard (+3500): Mark Hubbard has been knocking on the door for his first victory in recent weeks. He’s played the weekend in seven straight PGA Tour events, with the last three being especially impressive. He was T-13th at the John Deere, third at the Barbasol then fourth at the Barracuda, which were in lower-tier tourneys, similar to this one. In the last 24 rounds, Hubbard is first in strokes gained: approach, seventh in total strokes gained and eighth in putting.
Adam Svensson (+4500): Adam Svensson has put together an impressive run, racking up seven straight cuts made. He’s strung together four straight top-25’s, including a sixth at the Barbasol Championship. In the last 24 rounds, the Canadian is fourth in SG: putting and sixth in both total strokes gained and approach.
Emiliano Grillo (+6500): Emiliano Grillo very nearly won his second career PGA Tour event two starts ago, where he wound up in a tie for second at the John Deere Classic. The Argentinian has made six of eight cuts, and in the last 12 rounds, is first in strokes gained: off-the-tee and seventh in ball striking, making him an intriguing long shot.