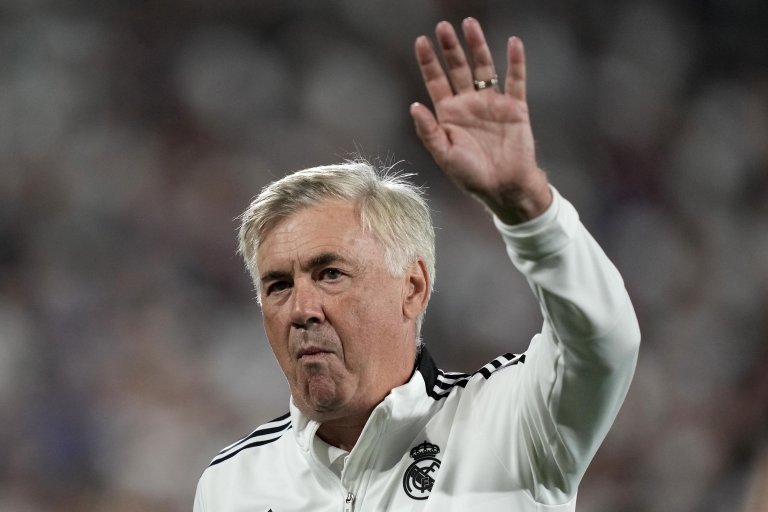 The La Liga season kicks off on Friday afternoon which means it is time to start analyzing futures plays for the new campaign
Real Madrid and Karim Benzema look to defend their respective 2021/22 championship and Golden Boot victories
Get the La Liga outright winner, top four and Golden Boot odds, analysis, and betting predictions below

Top-flight Spanish football is back as Sevilla and Osasuna get the La Liga season underway on Friday afternoon. Now, we are concerned with the long game; where will these clubs finish come the end of the season and who are the best bets in the La Liga odds?

In all fairness, predictable would be an adequate description of La Liga this year. Real Madrid will try defending their crown against the likes of Atletico Madrid and Barcelona. Los Blancos won the title by 13 points last season, and I do not favor the gap getting any smaller.

Moreover, those same three clubs have finished in the top three spots for ten consecutive years. However, that fourth and final Champions League place is a fun way to bet soccer futures and offers plus odds in every direction. Of course, we also take a peek into the Golden Boot race, which should be spicy as Robert Lewandowski joins the party.

Odds as of August 10th at Caesar’s Sportsbook

The table above shows that Real Madrid and Barcelona are the early favorites to win the La Liga title. With Atletico Madrid also listed as odds-on to finish in La Liga’s top four.

Real Madrid Will Repeat as Victors
Last season, I favored Atletico Madrid to repeat as La Liga champions. Hindsight is 20-20 and it might have been a bit naïve to expect Diego Simeone to extract another year like that out of his men. Nonetheless, I am favoring another repeat champion this year. Real Madrid is a chalk pick with La Liga odds of +110, but it still has undeniable value.

Real Madrid has won two out of the last three seasons, averaging 85.66 points. Furthermore, Carlo Ancelloti’s return last season was nothing short of impeccable. This was not a vintage summer from Madrid, but the additions of Aurelien Tchouameni and Antonio Rudiger add so much quality depth.

🚨 Andreas Christensen and Franck Kessié could leave Barcelona as free agents if they are not registered before Saturday. The club is concerned.

In my opinion, Atletico talked themselves out of this race with their performance last year.

The team I really want to focus on is Barcelona, a true “Fyre Festival” in itself. It is all glitz and glam with the Blaugrana until you cannot register players, pay your bills or get UEFA to hit you with an advance. I expect a messy few months, off the field for Barca, which will translate to a discombobulated year for Xavi’s side.

Sevilla is an obvious choice here, but I expect them to really miss the likes of Diego Carlos and Jules Kounde. Despite finishing fourth last season, they had the eighth best xGD in La Liga at +0.13 per 90 minutes. What does this mean? They already played on a razor-thin margin; take two of their best defenders out, and it could be a hectic year for Julen Lopetegui.

Unai Emery wants Gio as priority but new round of talks is needed. #THFC pic.twitter.com/TQ5ni2BKvH

Instead, consider Villarreal at +250. Unai Emery’s side does not have the Champions League this season, which should bring more importance to their domestic games.

Finally, we arrive at the Golden Boot race, an award that finally touched new hands for the first time in five years. Last year, Benzema had a blinder, scoring 27 times, or roughly 0.94 goals per 90 minutes. Let us not even mention his non-penalty goal rate of 0.78 per ninety, a mark that put him in the 97th percentile across Europe’s top five leagues. In reality, Benzema is a fine wine and there will be simply no slowing him down.

To be fair, Lewandowski does deserve his credit. He scored 35 goals in just 34 appearances for Bayern Munich in the Bundesliga last season to win the Golden Boot, which is mind-bending. However, he will find La Liga defenses to be a bit more challenging and will not have delivery from the likes of Thomas Muller or Joshua Kimmich.