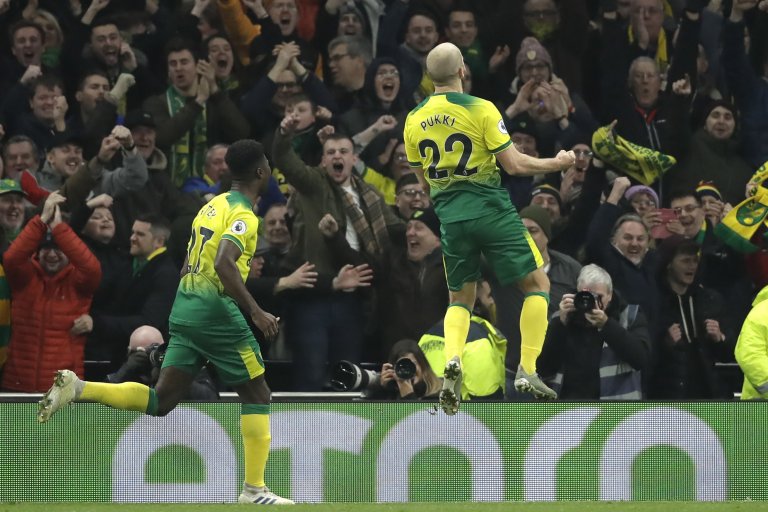 The new EFL Championship kicks off tonight with Huddersfield vs Burnley – the start of a grueling 46-game season for which the prize is a place in the Premier League.

The EFL’s top two at the end of the campaign get promoted automatically, while the teams finishing third to sixth take place in a post-season play-off for the third and final EPL place. At the other end of the table, the three teams finishing bottom get relegated to League One.

Below we list the odds and take a look at those expected to be pushing for promotion. We also examine those who are expected to be struggling at the other end of the table and offer some best bets.

Odds as of July 29th at Caesars Sportsbook.

If you are new to betting on soccer, I’d recommend taking a look at Futures & Outrights page for some useful guidance.

As always, it’s the teams relegated from the EPL last season that figure highly in the betting for winning the Championship title. Norwich, the EPL’s bottom team last season, are favorites at +500 but may find the going tougher than the bookies think, particularly after suffering a bruising relegation last season.

Watford, who have installed Rob Edwards as their new coach, are in a similar position to Norwich but have seen an even bigger churn of players over the summer. Like the Canaries, they may find the going tough and will need time for their new players and coach to gel.

Middlesbrough are also in the title hunt after their fortunes were transformed last season when Chris Wilder replaced Neil Warnock in November. A continuation of that form, which saw Boro only just miss out on the playoffs, would be enough to take the Teessiders into the very heart of the title race.

A win to round off pre-season #UTB pic.twitter.com/ylKX6U54xr

Wilder’s former team, Sheffield United, are also in with a shout of winning the title after making it to the playoff semifinals and losing narrowly to the eventual winners, Nottingham Forest. Like Wilder, the Blades’ manager Paul Heckingbottom joined midway through the season and had a massive impact on their fortunes.

Burnley – the third team to be relegated from the EPL last season – cannot be ignored either, but new coach Vincent Kompany has had to rebuild a squad that saw many of its big earners depart over the summer. The Clarets are in with a chance but an outside one.

Pick: Middlesbrough to win the Championship (+750).

A top-six finish, which earns the minimum of a playoff place, is in reach of more than half the division. Included in that group of teams are Coventry and Millwall, both of whom were involved in the hunt for playoff places before falling away in the closing weeks of the season. Both have had modest summers of recruitment but are well coached and in with a shout of top-six.

We can confirm that a new Club Shop will open in West Orchards Shopping Centre at 10am on Friday 29th July! #PUSB pic.twitter.com/0FcaWWWuBx

QPR also falls into a similar category but were, in fact, in the top six for most of the campaign. A poor final third to the season was to cost them and also saw the departure of manager, Mark Warburton, but Steven Gerrard’s assistant at Villa, Michael Beale, has arrived and is highly rated.

Other teams to look out for are West Brom, who struggled to make an impact after being relegated from the EPL in 2021-21, and Luton, who exceeded all expectations to make it to last season’s playoff semifinals.

The Blues have replaced Lee Bowyer with John Eustice as head coach over the summer but their problems are deep-rooted and extend into the club’s off-field activities.

Reading too are suffering similar problems and were lucky to survive last season after having six points deducted for financial irregularities. With Paul Ince now in charge, the Royals will rely heavily on his knowledge and experience to steer them through these choppy waters.

A first outing for Hutch since becoming a fully fledged member of the Royals ?⚪ pic.twitter.com/Bh2MWipP0D

It has also been a difficult summer at Blackpool, who have been hit hard by the departure of the popular Neil Critchley. His replacement, Michael Appleton, is an experienced campaigner but could find himself with a tough job on his hands.